The Diary of a Professional Wrestling Addict (WWF, WCW, WWE or W-Whatever)

If one were to see me at my day job, it would be hard to imagine that I eat, breathe and sleep professional wrestling. 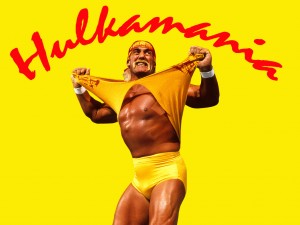 Ever since I was a little boy at age 6, my grandfather would take me to the old Arena to see Hulk Hogan. The Hulkster was the end all, be all for me. I had all the Hogan toys, and I wish I still had them along with my He-Man toys, because those are worth big bucks. Anyway, to explain just how much I loved wrestling, I can remember watching Saturday Night’s Main Event on channel 5. The main event was Hogan vs. King Kong Bundy. Hogan wound up getting flattened like a pancake in the match. Bundy and Mr. Wonderful Paul Orndorff ambushed Hulk and injured him to the point that he had to have his ribs taped. Being a 6 year-old, I had no idea that wrestling was fake, so I was in tears that night. I can remember telling my friends at school that following Monday that Hogan was dead. Never again would I hear his theme music, Real American by Rick Derringer, and see The Hulkster waving the American Flag. I was heart-broken.

Little did I know that a few weeks later, Hogan would get his revenge over Orndorff and Bundy. And so goes the story of professional wrestling.

Most kids play with G.I. Joe action figures; I played with Hulk Hogan, Ultimate Warrior, and ‘Macho’ Man Randy Savage toys. As time passes, most young boys grow out of their obsession with shows like G.I. Joe and He-Man. I grew out of my He-Man faze by age 10. But, wrestling was different. I never let go of my love for wrestling. I may have stepped away for a bit, but I eventually came back to this three-ring circus we call ‘Sports Entertainment.’ I watched all of Hogan’s movies from No Holds Barred to Mr. Nanny. 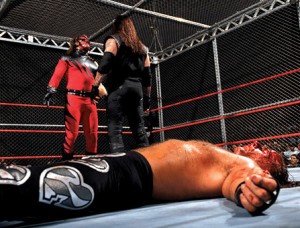 I can remember when I found out wrestling was scripted. I won’t say fake, because it’s not really fake. I’ll explain that in a bit. There was a show on Fox that showed the ‘secrets of pro wrestling’. This show explained how the wrestlers weren’t really hitting each other, and the entire performance was an act. This really upset me. Had I really loved something this much, only to learn that it was no different than a soap opera? I had and I was determined to never, ever watch wrestling again. So, I walked away for a couple years. What did I replace my love of wrestling with? Baseball. Yes, baseball was my new favorite obsession. St. Louis had no football team at the time, so I became obsessed with the Cardinals. I could recite the stats of any player on the team, and this was during their down time, right after Whitey Herzog was replaced with Joe Torre. I loved the Cardinals, but they just weren’t exciting. I yearned for that excitement that I once was given by the Hulkster and other performers like the Junkyard Dog.

Now, the comment I usually get from people is that wrestling is fake, why do I watch it? Wrestling is not fake, it’s scripted, and yes, there is a difference. If something was fake, could you get hurt? If something were fake, could you get 12 staples to the head or break a bone? I think not. I will be the first to tell you that 95% of the time, wrestlers are not really punching each other, but that does not mean it’s completely fake. Make no mistake about it, these guys are athletes. In fact, they are some of the best athletes in the world. The majority of WWE wrestlers perform over 200 shows per year and are on the road constantly. Many pay the price with broken bones and scarred bodies, many have also paid the ultimate price over the years. So, I do not consider professional wrestling to be fake or pretend. It’s more like a perfectly choreographed show. 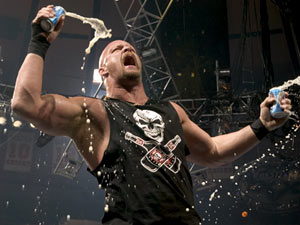 As I sat at home one Monday night, I decided to flip on the old television and browse some channels. Low and Behold, I turn to the USA channel, and to my delight, on the screen was this foul-mouthed, beer-drinking, boss hating wrestler named Stone Cold Steve Austin. Now, this gentleman was a lot different than Hulk Hogan. Hogan never gave anyone the finger on television. Hogan never drank a beer on television. Austin was the new face of pro wrestling. For someone who seemed so mean and angry, the people loved him. Along with Austin, was a cast of characters, and boy were they characters. There was Dude Love, a hippie who danced his way to the ring, as well as Mankind, the same guy as Dude Love, but a different character. There were characters named Sexual Chocolate, Big Boss Man, Vader, The Heartbreak Kid, Boogeyman, and my favorite The Rock. I had come back home to the promise land, as far as I was concerned. Wrestling was the ultimate way to spend a Monday night. Screw Monday Night Football, and I’m a huge football fan. Watching the Boogeyman eat live worms and Degeneration X moon people was, a hell of a lot more entertaining than listening to Chris Collinsworth dissect a 10-yard run by Emmit Smith. From that point on, I have watched wrestling, usually on multiple occasions, every week. Whether it is WWE, WCW, which WWE owner Vince McMahon purchased and shut down, or even a match at South Broadway in St. Louis, I love professional wrestling. Sometimes I ask myself why I continue to watch it. I admit, since Austin and a slew of others left, or became part-timers, the quality of storylines has decreased.

The WWE is now led by John Cena, a younger version of Hulk Hogan. The WWE is now geared toward kids. There are no more risqué characters or storylines with sexual undertones. Wrestlers don’t take chair shots to the head and rarely get bloody anymore? So why do I still watch? I can’t really give you a clear answer for that, except that I guess I am still hanging on to a piece of my childhood. Quite frankly, being an adult all the time sucks. I think wrestling allows me to be a kid again, even if it’s just for a few hours a week. Sure, I collect the toy figurines of the wrestlers and have a couple wrestling shirts, but it’s not like I am obsessed. I mean I go to Union Station every time the WWE is in St. Louis. I might wait for the wrestlers, to try to get a picture with some of them and maybe an autograph. My wife and friends all make fun of me, but there are a lot worse. If I start wearing a fanny pack and carrying around an album full of pictures, know where all the wrestlers live, and so on, then it’s time to worry.

So, there you have it. I’m just a normal guy, a teacher by trade, but I love professional wrestling. What’s so bad about that? I use the Boots 2 Asses motto created by the Rock on a daily basis, and yes I may have a signed photo of the Rock in my classroom for all to see, my students actually make fun of me for it, but so what. Professional Wrestling is a male soap opera. I know tons of women who discuss Days of Our Lives and Young and the Restless. Are they any different? Are they really weird? I bet they would collect toys of their favorite characters, or read Internet blog sites discussing story spoilers, so I really don’t think being a wrestling fan is a strange thing. I mean, is it really that weird that I have to go to Toys R’ Us and frequently peruse the toy aisles of Wal-Mart and K-Mart to look for new wrestling toys? Now that I think about it that is kind of strange. Maybe I do have a bit of a problem….

Regardless; I will make it my mission to bring you a weekly column discussing the latest and greatest of professional wrestling, and sometimes just making fun of it all together. 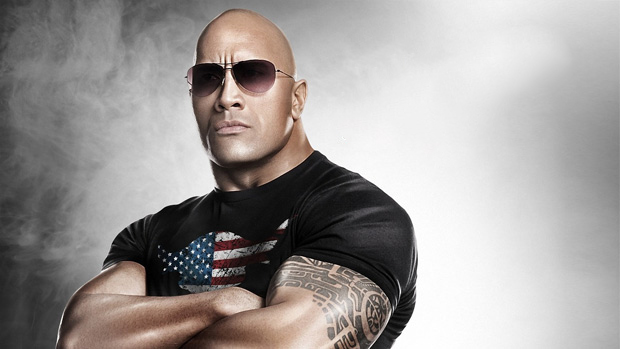