Despite Rumors Jon Favreau’s “Cowboys vs. Aliens” Coming to Theaters in 2D

Despite everything else having said otherwise director Jon Favreau has said that his next project, Cowboys vs. Aliens, starring Daniel Craig, will not be shot in 3D, The film will also not be receiving a 3D post conversion process seen in movies like Alice in Wonderland, Clash of the Titans and The Last Airbender.

“Coming next year in 2D!” yelled Favreau to the large audience at the 2010 San Diego Comic Con. “Save money and see it twice!”

The film opens in 2011, and stars Daniel Craig, Olivia Wilde, and Harrison Ford.

I’m starting to get excited about this project. First it seems to be one of the only projects that isn’t relying on a post conversion 3D effect in the near future, and it isn’t worrying about it at all. I’m not a person who thinks that 3D should go away, but I think it should be used in moderation. I think consumers are going to get pretty sick of it soon if they keep having to pay $16 a ticket, and especially for a film that doesn’t even do 3D well.

What do you think? Be sure to check out the first image from the film below! Let us know what you think about it in the comments! 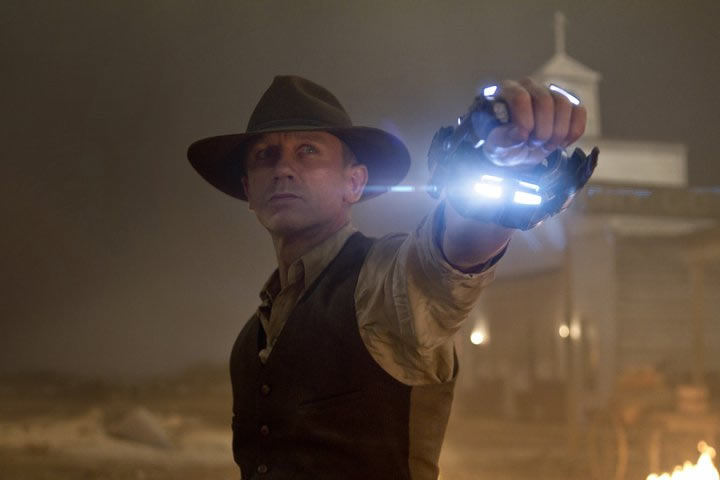