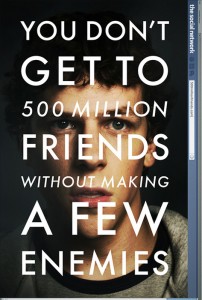 I’m a bit torn here. I absolutely love David Fincher, and I think he is possibly one of the best modern directors around. However, I’m not really that interested in a story about Mark Zuckerberg and Facebook.  I know the story behind it, and it is interesting enough, but I’m not sure it is the type of story I want to see Fincher doing. I also think that Eisenberg is a little to easy to like, to play the arrogant Mark Zuckerberg, but maybe we need a new portrayal of the social networking wonder kid.

Do you think audiences will pay to see the story of Facebook? Let us know in the comments!