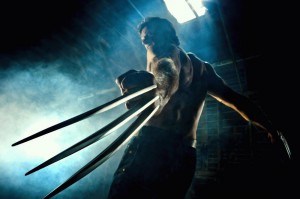 News that Darren Aronofsky is completing his deal with 20th Century Fox to direct the sequel to X-Men Origins: Wolverine is likely to make some people applaud, and the rest cringe. I’m left wondering which category I fall into.

On one hand Aronofsky brings great talent to a series that started off with a whimper instead of a bang, and could possibly bring a maturity to the project that is greatly needed. Aronofsky also has a dark streak in his films that would suit the anti-hero of Wolverine.

Although, I’m not quite sure Aronofsky is the type of director I’d envision for a comic book adaptation. Don’t get me wrong, I’m a huge comic book geek, but there are some directors absolutely suited for this type of job, and others you wouldn’t ever think of.

Here is where I take a positive note from this hiring. Remember when Christopher Nolan was hired for the Batman series? I doubt there were any people who looked at Nolan as a director of comic book adaptations, but look at what he has done. Nolan took a different approach to the material than anyone had ever thought to do, and has created two instant classics that not only hold up as superhero films, but as great standalone cinema.

Teaming Aronofsky up with Academy Award winning writer, Christopher McQuarrie, gives me hope that the sequel might yet redeem the series.

Currently, 20th Century Fox is looking to start shooting in March, which will give plenty of time for Aronofsky to run the awards circuit for the highly buzzed, Black Swan.

What do you think of this? Let us know in the comments!