I have trouble finding either Tom Cruise or Cameron Diaz culturally relevant anymore. Tom Cruise might still be a big star, but not because of his latest performances on screen, but because of his general kookiness off screen. Cameron Diaz hasn’t made a hit in a while, if you leave out the Shrek series. The only reason I would leave that out, is that her voice talent is not bringing in any seats to the auditorium. So, when I hear they are making a movie together my first thought is to yawn and see what other news there is. However, Paul Dano and Peter Sarsgaard are also involved with the project, which leads me to believe not all hope is lost. 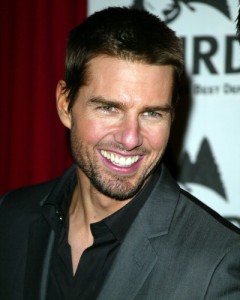 Months after landing Tom Cruise over several other studios that courted him, 20th Century Fox has finally found a title for the film he is currently shooting.

Studio has firmed “Knight & Day” as the new title for a film that had previously been known around town as “Wichita” and “Trouble Man.”
Fox has also set Peter Sarsgaard, Viola Davis, Olivier Martinez, Paul Dano, Maggie Grace and Mark Blucas to star with Cruise and Cameron Diaz in the James Mangold-directed action comedy. Mangold wrote the most recent draft with Scott Frank.

Joe Roth, Todd Garner, Steve Pink and Cathy Konrad are producing a film Fox will release July 2, 2010. Pic is shooting in Massachusetts, and will move to other locations that include Spain, Austria and the tropics.

Cruise plays a man of mystery who links up with Diaz. They become fugitives, there are betrayals and shifting alliances all around them, and they must figure out whether to be guided by truth or trust.

It’s hard to get worked up over a blurb like that. Fugitives on the run, betrayals, shifting alliances, sounds very bland. Although, I’m sure if I took a great film and condensed it to two sentences it would sound bland as well. Looks like we’ll be waiting for a trailer.