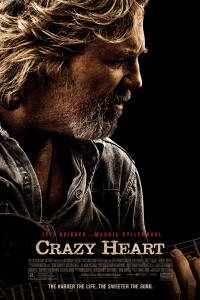 Crazy Heart is a story about a musician who is trying to find himself, somewhere buried deep beneath the surface of his existence. In the film, we see a man who has seen success and entertained millions of people – but we see him in a different light, and in very raw form. Crazy Heart is about hope, redemption, and trying to find that special “something” that can wake you up and help you get your life back on track when you take a few wrong turns.

Bad Blake (Jeff Bridges) has fallen far from where his life once was. At one point in time, he was a huge Country star, with countless hits and fans that would come from miles away to see him perform. Now he is lucky to entertain a handful of fans at a bowling alley in the desert. He doesn’t travel with a band, but rather meets pick-up musicians from town to town to play with. It is apparent that life was good to him at one point, but lately things have been nothing but hard. Blake views life primarily from behind a bottle of whiskey; often it is the last thing he sees before he goes to sleep, and the first when he wakes. But behind the washed up entertainer is a talented musician, often times with good intentions. And more importantly, a good heart.

Jeff Bridges does an amazing job in the role. First and foremost, he deserves every accolade that he receives for his performance in Crazy Heart. Although I understand how the character is no stretch from parts he has played in the past, I can honestly say that Jeff Bridges truly owns the role of Bad Blake on-screen. From the beginning of the film, I quickly forgot that he was the actor – as he transitioned early into his screen time. Bridges plays a character who is real, honest, and flawed. When you watch the movie, it is hard not to feel his pain as you see what he has become, and how badly he wants something more.

Before his second performance in the film, taking place at a small piano bar in Santa Fe, Blake is introduced to a talented piano player named Wesley. The two instantly connect, and Wesley asks Blake if he would do him the favor of giving his niece an interview for the paper she works for. Out of his respect for a fellow musician, and perhaps the joy of knowing that someone wants to interview him, he agrees. Later that evening before the performance, he is introduced to Jean (Maggie Gyllenhaal) – a young reporter and single mother that also knows about tough breaks. From the very beginning of the interview, the reporter and musician connect with an undeniable chemistry. Later that evening, when Blake finishes his show and chooses to continue their interview in lieu of getting dinner with a beautiful fan he met, you know that he felt something special.

Maggie Gyllenhaal gives a great performance as Jean, and the chemistry between her and Jeff Bridges throughout the entirety of their on-screen time really shines. As the two spend more and more time together, you can really see how much she grows to care about Blake. Her son grows quite fond of the aging musician as well, and the relationship between the two appears almost picture perfect. But as a single mother, it is Jean’s responsibility to look out for the best interest of her child – even before her own. She struggles with whether or not Blake is the best thing for her and her son, and the reality is that he is at a rough part of his life. But she is exactly what he needs, and you can see the difference that it makes almost immediately.

There is an entire cast of great supporting actors in the film. Robert Duvall plays Wayne – the owner of a bar where Blake lives, and a close friend to the singer. The two of them share a strong bond, where it is apparent that Wayne truly cares about the way that Blake’s life has turned out. Wayne knows how far his friend has fallen, and wants to help him get back on his feet. They share a touching scene where the two are fishing, after Blake has an especially rough night. Blake feels that his actions were wrong, and Wayne says that even though he might have been wrong for a long time – he isn’t now. It is one of many touching moments in the film. Also playing a small, yet important role in the film is Collin Colin Farrell. Farrell plays Tommy Sweet – currently one of the most famous country stars on the scene. The catch is that he learned everything he knows from Blake. Yet the roles have reversed and the younger, more current musician has been given the spotlight. You can feel the appreciation that Tommy has for his mentor, and his sincerity is undeniably realistic. It is a strong performance by Ferrell.

Crazy Heart is a touching film, that is sure to move audiences as it it gains more and more momentum through awards season. Jeff Bridges takes on the role of a lifetime, and does so with ease and confidence. It is hard not to feel his emotions, and care about the life of this once famous musician. Written and Directed by Scott Cooper, the film is a must see for anyone who has ever dreamed of what life could be – and wanted to do something about it.

Crazy Heart is an A

Crazy Heart is a nice little picture of redemption that hits all the expected beats and is solidly crafted from start to finish with a bunch of quality songs to enjoy along the way.

The story follow Bad Blake a past his prime singer songwriter who has been supplying hits for a young country superstar, Tommy Sweet, as he tours dive bars and bowling alleys poking his head into sobriety only rarely along the way.  When he rolls into Santa Fe, Bad meets a journalist, Jean, that he at first tries to bed as any old groupie, but develops a stronger connection with her and her son, Buddy, and finds a bit more meaning in his life with Jean and Buddy in it.  Added to this, his agent and Tommy begin really pushing him towards writing Tommy some new material and after an appearance as Tommy’s opening act at a major concert, Bad, begins to dream up some new numbers.  Though the alcoholic inside him doesn’t let him stay on his high streak for long.

The film was shot for not a lot of money and first time director Scott Cooper does a nice job at getting the most out of it.  The best move he made was getting T-Bone Burnett involved who helped create the original music for the picture and it is all topnotch, and I am not even a fan of country.  His small but excellent cast also does wonders for Cooper who’s script is solid but not at all ground breaking nor original.  The story hits all the notes (sorry) you expect it too and actually I think it short changes itself in the third act by making some things a bit too easy.  With that said, the ending itself feels right and I am glad they went the way they did and didn’t take things to darker or lighter territory; where it ends feels just right.

The actors in the film are all great in the film starting with Jeff Bridges as Bad.  Bridges dives headfirst into the role and has the swagger and charm needed to sell us on the former star status of Bad and is convincing as the boozed up singer that isn’t really aware of his issues.  His scenes with Jane and Buddy resonate particularly well and his stage presence and singing abilities are just as strong.  Bridges voice works wonderfully with the material he has to sing and you can’t help but enjoy his presence when he is up on the stage.  Maggie Gyllenhaal plays Jane and is very good in the part and gets to show off her chops in probably her most successful “actors film” yet.  (Dark Knight isn’t really an actor’s showcase, outside Ledger)  She has been turning in great work in small films for years now and it is nice to see her getting some more mainstream notice though I did have a couple issues with her character at times but I think those issues are more based on the page then in her performance.  Her chemistry with Bridges helps the picture stay above the familiarity of the plot and makes the stakes worthwhile when things go a bit south.  Colin Farrell is very good as Tommy Sweet and showing his appreciation for Bad feels sincere and true.  Farrell even does a bit of singing and has just as solid a stage presence as Bridges and does a great job at turning his Irish accent into southern twang.  Robert Duvall also has a couple of nice scenes as a friend of Bad that helps him on his path to cleaning up and giving him a voice of reason when he can’t find any.

In the end, Crazy Heart is a fine little picture that has only a couple weak points and some great performances and music going for it.  The story might be a tad familiar with few surprises but the relationships and bonds among the characters is what makes the film work and worth seeing.  Bridges is great, but has been better, same for Gyllenhaal, but it is always great to see actors being great and this is quite the showcase for both of them and their unlikely romance resonates well in the picture.  Check it out for the songs and the acting; just don’t expect a revolutionary story or anything to exciting to happen.

Crazy Heart is a B 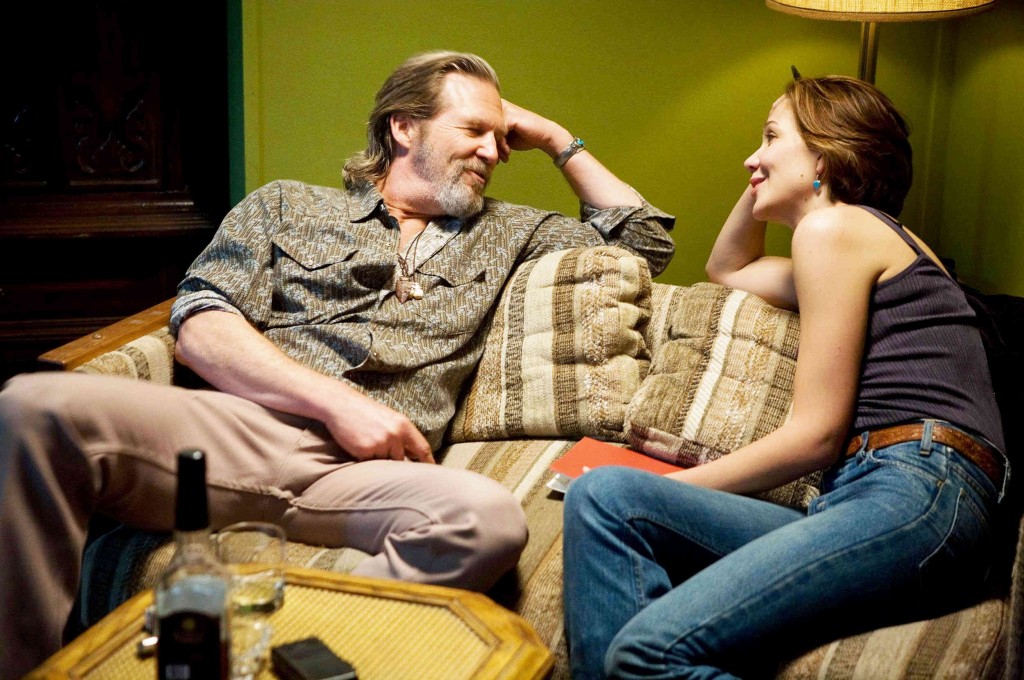