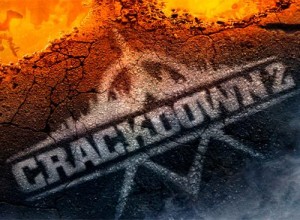 Originally Crackdown was a game I bought to get into the Halo 3 multiplayer beta. Although soon into it I was hooked, and I realized it was a fun game, with a bit of a loopy plot. I enjoyed the game a lot, and it lasted for a while in my library when I felt I needed to be destructive.  I was disappointed when I heard rumors that there wasn’t going to be a sequel, even though the game had ended on a major cliffhanger. Luckily, that didn’t turn out to be true, and we have our first trailer for Crackdown 2. It doesn’t look like they’ve upgraded the graphical engine at all in the game. So let’s hope that they made some improvements on the enemy AI, and given us a longer game. Definitely one to look forward to.

The sequel to the award-winning vertical-world adventure, Crackdown 2 is the ultimate open-ended world action experience, only available on Xbox 360®. The game lets you be judge, jury, and executioner for a huge, fully explorable city. Crackdown 2 takes multiplayer gaming to unprecedented levels for the ultimate co-op and competitive multiplayer experience, providing you and your friends with the complete freedom to explore, destroy, and play your way as you restore justice and peace to Pacific City—by any means necessary.