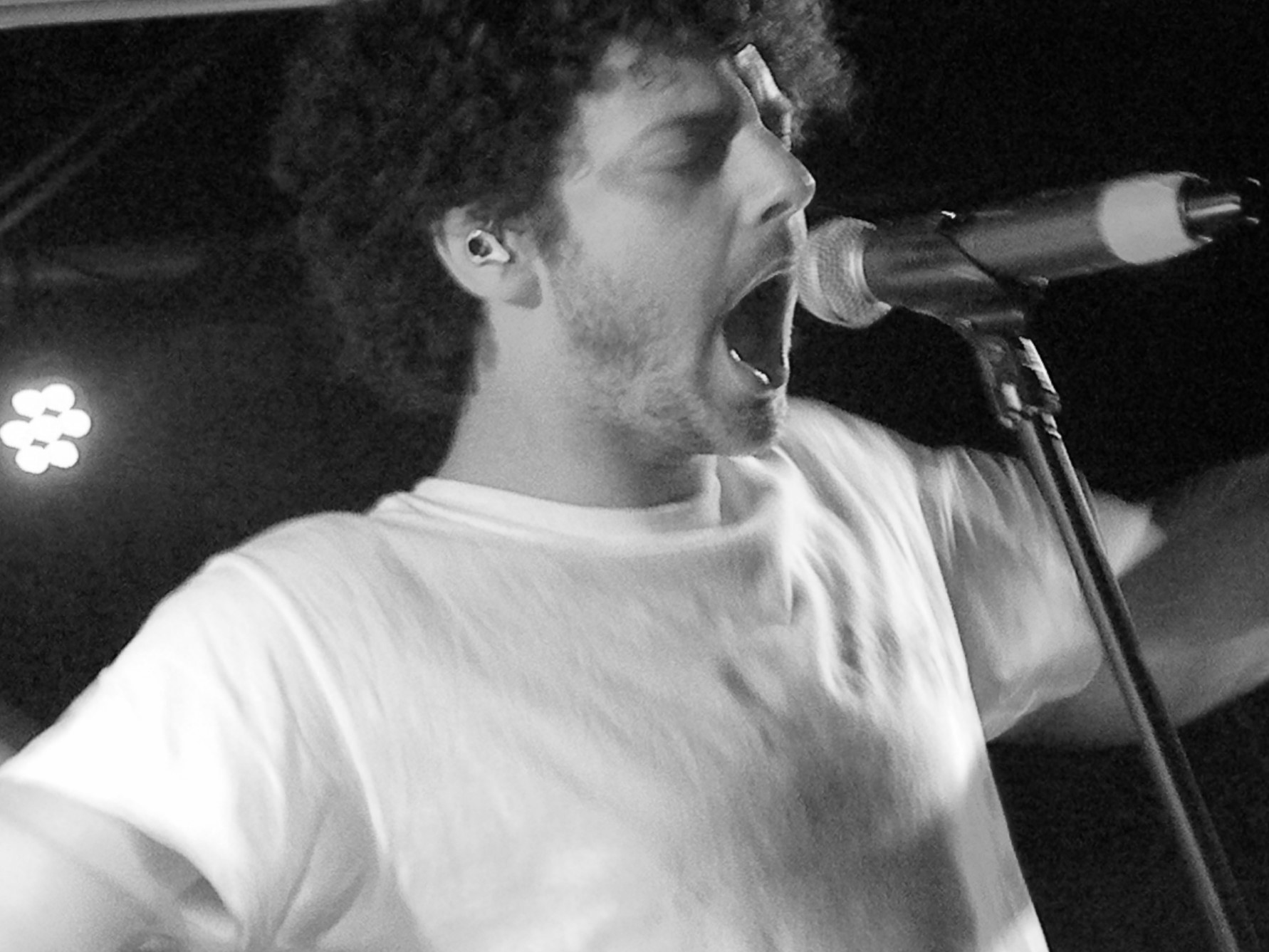 Jordan Benjamin, most commonly known as the artist grandson, brought his No Apologies tour
to the sold-out Firebird in St. Louis Sunday night. Fans began lining up outside the venue hours before
the show began, some even traveling quite some distance to see the show. I spoke with two girls in line
who traveled from the Bloomington/Normal area, having stumbled upon grandson’s music and instantly
falling in love with his songs – meaning that the two-hour commute for his concert was certainly a
“must-do” for them.

This wasn’t grandson’s first time performing in St. Louis but is his first time with a headlining
tour. Opening for Young the Giant back in November at Stifel and performing at Delmar Hall just months
before that, it didn’t take long for many in St. Louis to become instant fans. Fresh off the release of his
sophomore EP, “A Modern Tragedy Volume 2,” grandson had all the makings of one badass rock show.

Opening the show was newcomer BarlowLN, who quickly caught the audience’s attention with
his diverse style of music, mixing tones of rock and rap to create his own unique sound, and emphasizing
this sound by using a special microphone that distorted his voice. It was also impressive as Barlow
performed his entire set, which included several songs of him strumming the guitar while nursing a
broken hand. Leave it to a rock show to set the injury aside for the greater good that is music. You can
listen to Barlow’s music on YouTube, including his closing song “Fire” which really set the audience off.

Taking the stage to a wild and screaming crowd, grandson soon entered and kicked the show off
with “Stigmata,” a recent hit off his second EP. “6:00” was the next song to be played, which has a
resonation in the St. Louis area as last time grandson performed it here, he referenced the Ferguson
protests and their influence on the lyrics. In between songs, grandson conversed with his crowd,
speaking about the influence behind a lot of his music. He also told all his “grandchildren” attending the
concert that if you were there for answers, don’t be disappointed if you leave with more questions, as the
performer doesn’t have the answers but just more questions himself. However, he did warn that the
“grandchildren revolution” is coming, urging concert-goers to join the resistance, more specifically, a
local charitable cause and make it difference within their community.

The show then continued with hits such as “Overdose,” “Darkside,” and the empathetic and
extremely relevant “thoughts and prayers.” Even though the venue was small, that didn’t stop fans from
crowd surfing and rocking out as the electronic beats of the songs filled the entire building, vibrating the
ground and creating the ultimate atmosphere for a rebellious rock show. The last four songs of the set,
three of which are from the first EP “A Modern Tragedy Volume 1,” really turned up the volume of the
vibe several notches ending with hits “Despicable,” “Stick Up” (my personal favorite,) “Apologize,” and
the hit single “Blood//Water.” However, the crowd wasn’t ready to part ways, and so the chanting
began. Grandson returned to the stage for an encore performance, which hasn’t happened for several
shows of the tour thus far. However, fans were glad when he retook the stage to perform “Bills” and his
epic cover of Bob Marley’s “War.”

Being the first time headlining a tour, grandson was absolutely phenomenal. It’s incredible to
see how far the artist has grown, just within our own city, over the quick span of a year. Grandson is definitely an artist to watch, as I predict and foresee much bigger shows in the future, and take it from
me, they are going to be shows you won’t want to miss.

Grandson’s concert gets an A.