Concert Review: Good Charlotte Turns Back Time at The Pageant 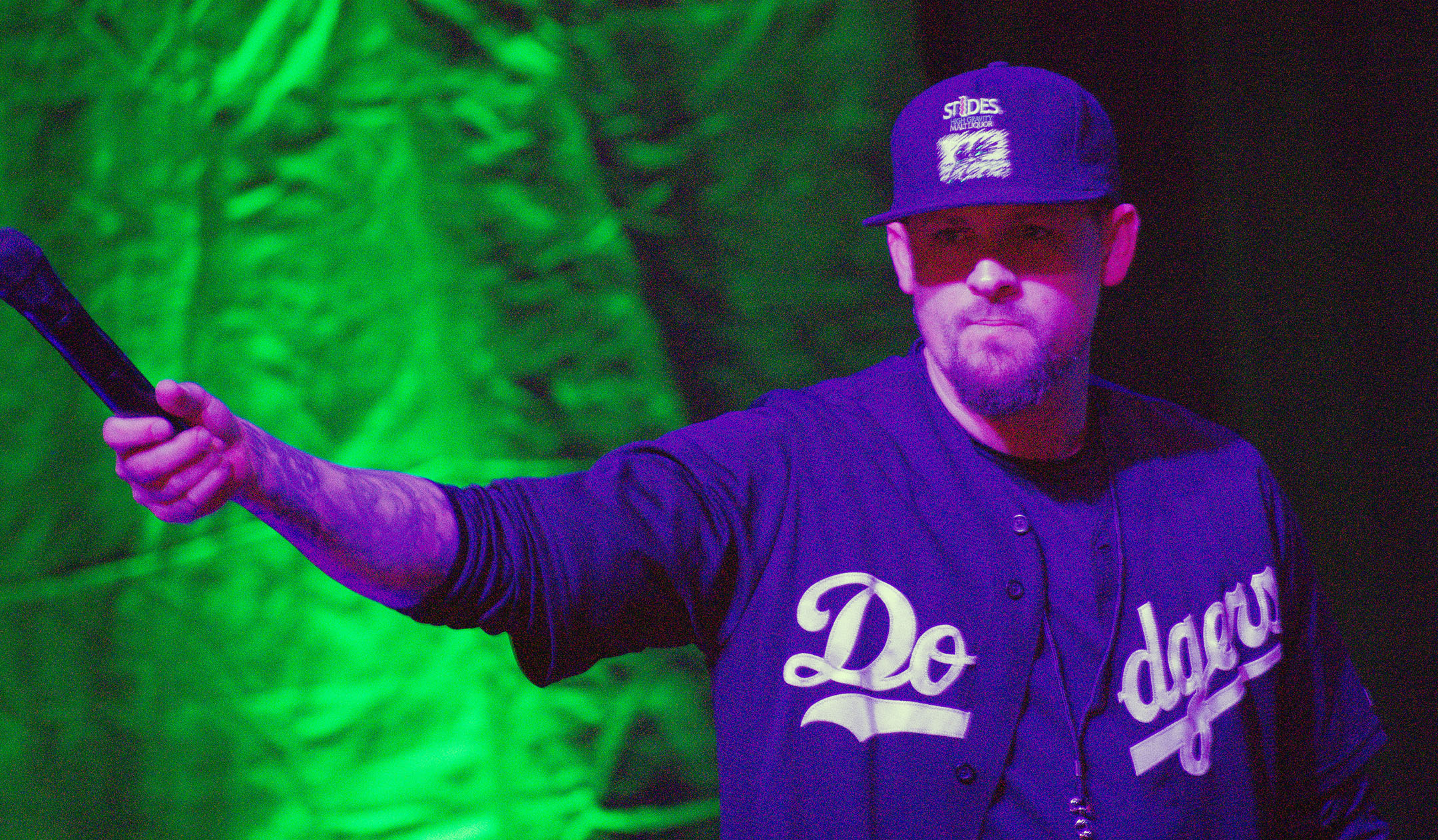 Good Charlotte turned The Pageant into a time machine, bringing fans and concert-goers back to the year 2004, where the eye liner was thick, the clothes were blacker than the souls of those who wore them, and safety pins were the accessory of choice.

The punk rock band, who have been performing together for over 20 years, decided to bring their “Generation Rx” tour through St. Louis, currently being brought to many music festivals. Since this was not a festival, St. Louis fans were lucky enough to get a longer set than many of the fests the band are lined up to perform at, meaning the nostalgia for those days of the early millennium was even more present.

While the band currently has a new album out, the majority of the music played was that from their older records, primarily “The Young and the Hopeless.” When asked how many fans in the crowd were born after the year 2000, and only a handful of screams could be heard, it was clear this concert was going to be more of a walk down memory lane more than anything. And, it most certainly was. Personally, my fourteen-year-old self was having the time of his life!

The show was opened by The Unlikely Candidates, who put on a great performance. Sounding a lot like Fall Out Boy circa early-2000’s, the crowd was definitely into their sound. Lead vocalist Kyle Morris jumped from the stage and charged the pit within the first three songs, amping everybody up and creating a true punk rock vibe within the pit. Their look was also quite distinctive, with Morris rocking a white and black pinstripe blazer and some wild hair – it felt like Beetlejuice was on stage, and the crowd definitely engaged positively.

“The Anthem,” being the second song of the night, brought the crowd back and everyone was screaming the words to one of their favorite GC hits. The band then continued with many of their early classic hits such as “Keep Your Hands Off My Girl,” Girls and Boys,” and “Predictable.” In between songs, twins and front men Benji and Joel Madden entertained the crowd with some on-stage banter back and forth, while also engaging with their audience, reminding them how special their fans are, and how gracious they are to still be making music and performing together.

As the show continued, the pit was full from wall to wall. And, the urge to jump to their favorite GC jams seemed to possess the majority of the crowd as they relived their youth by belting out the lyrics to some of their favorite songs such as “The River” and “Dance Floor Anthem.” After again thanking their audience, the band closed the set off with two epics performances of “I Just Wanna Live” and “Lifestyles of the Rich &amp; Famous.” Overall, the concert was phenomenal, and the band can still fill The Pageant on a Thursday night, which is an impressive feat.

While they might not be touring nationally or
globally, if you happen to see Good Charlotte on a festival roster near you, I can assure you their set will be great, and they’ll put on one hell of a show. As for a national tour, we can only hope one is the near future and anticipate GC’s return to St. Louis.