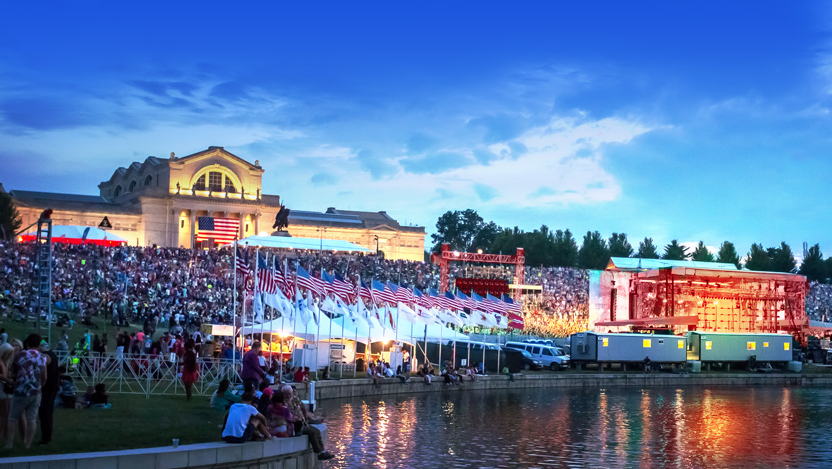 The upcoming weekend will be bringing a lot of fireworks and great music to the St. Louis area. If air shows and fireworks aren’t your thing, there will be plenty of concerts to feed even the most hardcore music fans’ appetites.

Fair Saint Louis’ show lineup will surely feature something for everyone. Hip-hop recording artist Akon, alternative rockers 3 Doors Down, and country music star Jake Owen are set to entertain the masses on July 2-4 in Forest Park.

Fans on the Illinois side shouldn’t feel left out, as rock group Gin Blossoms will perform on Monday, July 3 following the fireworks.

If the free shows aren’t your thing, head on out to Hollywood Casino Amphitheatre, as the venue has a show July 1,2,5,and 6.

On July 1st, Train and O.A.R will play Hollywood Casino Amphitheatre. Train has sold millions of albums worldwide, while O.A.R. has developed a steady following throughout the nation due to their stellar live performances.

REO Speedwagon and Styx will play a show on July 2. The event is KSHE 95’s 50th Anniversary Pig Roast.

On July 5, Boston will play a show with Joan Jett & The Blackhearts at the amphitheatre, while Jimmy Buffett and the Coral Reefer Band will play on July 6. Buffett’s shows have become a summer staple at the venue. Tickets are still available for all the shows through livenation.com.