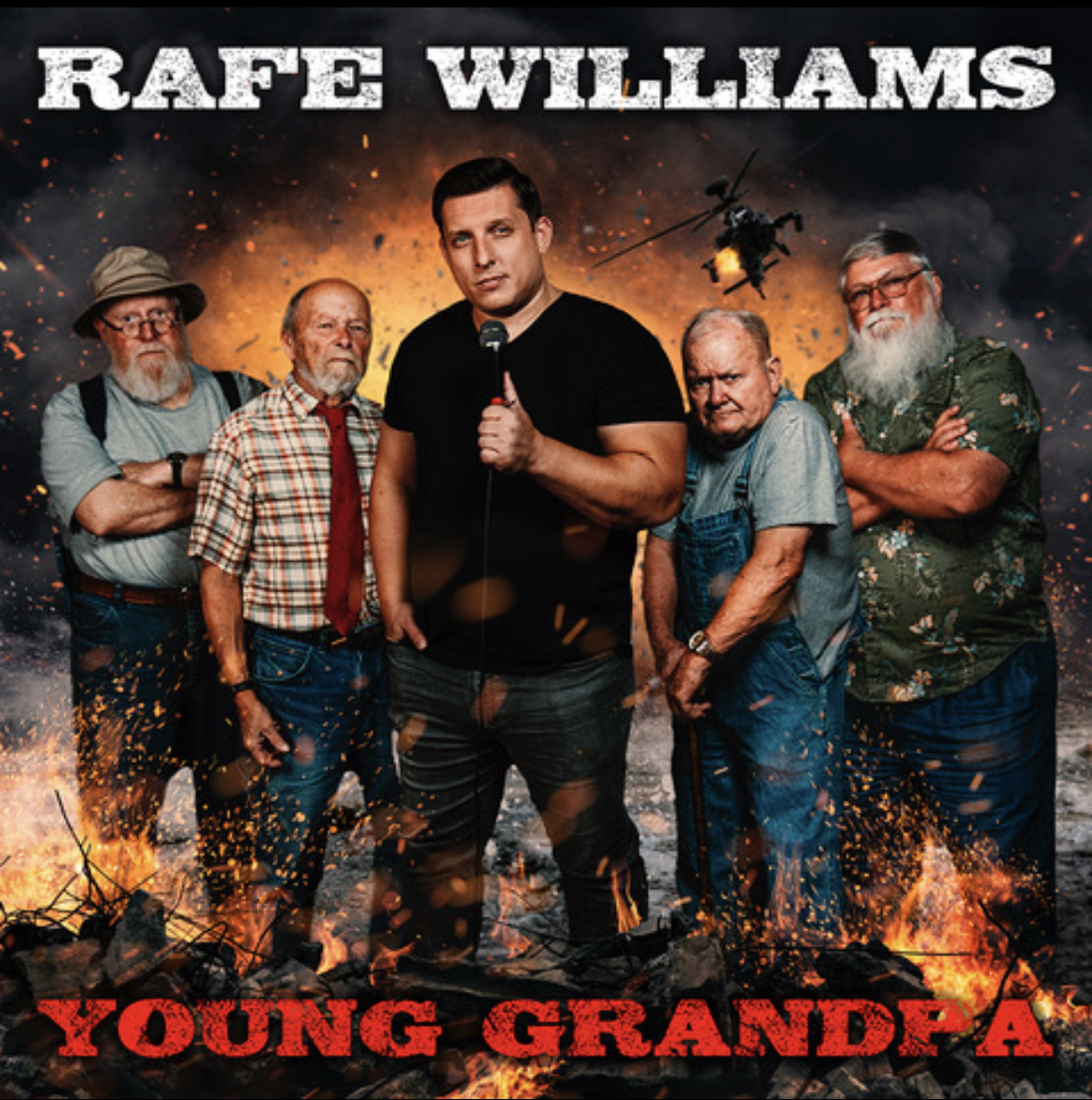 Fresh off filming his first one-hour special, an engagement I was lucky enough to attend, RafeWilliams is a comedy staple in the STL area, branching out further and further into the National comedy scene – and he has several upcoming shows you shouldn’t miss!

While unsure at this time where the special will air, Rafe plans to field offers from several streamers and Youtube. It was such a fun experience seeing a live taping. So much material was packed into the set and the entire time was met with an uproar of laughter. Hosting the show was also local talent Tina Dybal, who absolutely killed it. And, opening the show was Libbie Higgins, who left the audience clenching their guts from laughing – especially at her roast beef jokes. It was also pretty unique to get a walkthrough of how the whole process of taping a special works from Dybal and Williams himself – offering a one-of-a-kind perspective many don’t get to witness.

Rafe’s comedy is fresh, witty, and sets him apart as a local talent that is going to make bounds and leaps in his career. I first saw him perform a few years ago opening for Fortune Feimster at Helium Comedy Club. Needless to say, it was really interesting to watch him not only headline his own show, but pack the Wildey Theater in Edwardsville, Illinois for a taping. The venue was the perfect choice.

From a range of jokes about being a young “Peepaw,” to being a single grandfather venturing out looking for a single gal looking to be a “Meemaw,” the content Williams touches on can hit right on target for all audiences. On the younger side himself, part of Rafe’s charm is that he can tap into this duality of different sides of comedy that seems relatable to many. Rather it be a ramping charade of visiting a cheap chiropractor and developing a ‘daddy complex,’ to the extremely hilarious retelling of a time he visited a Renaissance festival with his girlfriend, or just observations about his family and loved ones (adding the most relatable element,) the show delivered everything you could ask for in a stand-up set.

Speaking with Rafe after his taping, it seems some exciting things are on the horizon – with plenty of opportunities to see the comic perform. On the taping, Rafe was humble and thankful for the audience, “I did a long set. And, the audience stuck with me. You can get caught in that vortex of needing to get some stuff that I needed for the special. But, I knew that some folks had seen me locally or from my album recording, and I wanted to do some new material that they haven’t heard, so that made the longer set. Which, will become the Frankenstein’s monster of a special.”

When asked about where he started in local comedy to headlining his own shows, Rafebroke down his experiences from the Improv shop,to the Just for Laughs Festival, getting the opportunity to travel and perform, as well as garnering the attention of industry eyes – all whilst still calling St. Louis home. “It’s nice to get bumped up and for your work to pay off. It’s hard to write new material and so much harder to write an hour long set, more so than people think it is. To be able to work from Day 1 to having a full circle moment where I was able to tape something that I think is going to be really good all while living in St. Louis meant a lot to me.”

Whether it is performing locally at Helium, working with the Improv shop, or comedy clubs and festivals across the nation  – Rafe is excited to have had the opportunities he has had to perform everywhere. Just weeks before his taping, he and Tina Dybal had just performed at Zanie’s in Nashville, which always seems to be a staple and favorite venue for most comics, no matter where they come from. It was funny to hear him say “I was poor when I was a kid and we couldn’t afford cable so I went to my friend’s house just to watch their cable so I could see stand-up,” Rafe joked when asked about his comedic influences, which included fond memories of many performers, such as Eddie Murphy and Rosie O’Donnell.

There is still a lot to see from Rafe, and the taping was just the beginning it seems like. With many exciting projects on the horizon, and plenty of opportunities to catch one of his live performances, there is no reason why you shouldn’t catch one of his sets – plus, seeing someone local rise up in their career is always an exciting moment, especially for fans of comedy.

You can catch Rafe performing all weekend at The Funny Bone in St.Charles, April 14th-17th. He is also at The Loony Bin in Tulsa, Oklahoma the following week from April 20th-23rd. After that, you can also catch him performing with Chelcie Lynn’s “Tammy Tour,” here in St. Louis at The Factory on Friday April 29th, and he will also be performing with the comic in LA and Charlottesville, Virginia.

This weekend, joining him at The Funny Bone are Mychael Anthony and Aaron Porter. Tickets can be found through visiting www.stlouisfunnybone.com or at the box office. Tickets to the see him with Chelcie Lynn can be found on Ticketmaster. And, keep your eyes peeled for more upcoming shows as they are announced. A full calendar and info about the comic can be found at www.rafewilliams.com.

His comedy album “Young Grandpa” is also available now. So, snatch up your set of tix to see one of his shows, and keep your eyes on the calendar for more events featuring the comic, as this is one St. Louis comic you aren’t going to want to miss. Stay tuned for more info about when the taped special will release as well!