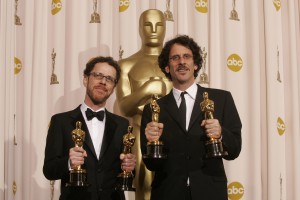 Joel and Ethan Coen have a pretty impressive filmography. Every new film they make seems to immediately get Oscar buzz now a days, and their next film, “True Grit,” is no exception. “True Grit” is no stranger to the Oscars. In 1969, the book was adapted into a movie starring John Wayne. Wayne won both the Oscar and Golden Globe for his lead role in the film.

The story follows Mattie Ross, a 14-year-old girl, who undertakes a quest to avenge her father’s death at the hands of a drifter named Tom Chaney. Ross persuades an alcoholic marshal named Rooster Cogburn to join her in tracking down Chaney.

Like most Coen films, the cast is top notch. Jeff Bridges stars as Rooster Cogburn. Josh Brolin plays opposite him as Tom Chaney. Matt Damon is also in the film in a supporting role. I am also intrigued to see what the Coens are working on. A great cast with a celebrated novel and previous film adaptation means good news to me. 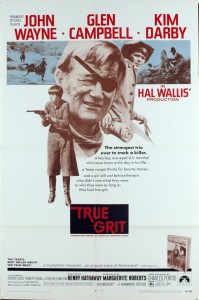