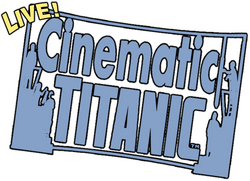 Many of you have likely heard of Mystery Science Theater 3000, fewer of you have probably heard of Cinematic Titanic, a live performance that builds on the same vein of “movie riffing.” The creator of both, Joel Hodgson was kind enough to talk with ReviewSTL in preparation for this Saturday’s performance of Cinematic Titanic. You can catch him and the CT crew at the St. Charles Family Arena on November 13th, 2010.

Can you give us any information about this weekend’s performance?

Sure. This is our third time coming to St Louis, we love it there, were playing at a place called The Family Arena, which is the biggest venue we play. It’s actually over 3000 seats and it makes us feel like rock stars because it’s actually a sports arena, so it’s really fun. The other thing that’s unusual is that we usually have an opening act, which is Dave Allen and he can’t be there this week so were doing our own opening, were doing stand up to open our own show. That’s how we all met was doing stand up, so were each doing like 5-7 minutes, so it’ll be interesting.

How is it going back to stand up?

It’s great, we all really like it and in a way our show is like five stand ups doing their acts while you watch a movie, so it’s like we do over 600 riffs per movie and so that’s about 120 per person, so that’s about what a comic does in his act so it’s kind of similar, but it’s kind of a throwback to how we all met. We did it two weeks ago in Boston so we’re not completely foreign to it and also Frank is really active in the L.A. comedy scene and so is Josh, they both do stand up regularly…its Trace and Mary Jo and I who are more rusty.

Is it good to be going back to the roots?

Yeah it’s great, it’s kind of how we learned to be on stage and so movie riffing kind of grew out of that. 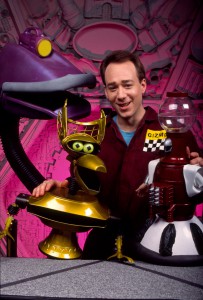 I know you’ve more or less made your living riffing B-Movies; do you enjoy watching B-Movies as well?

Oh I guess I kind of look at it like a person who maybe fixes up homes, old houses…refurbishes them, for people like that it’s kind of their passion to look at old houses and go “oh I’d love to fix this up” that’s kind of how I look at these movies. A good time of my time is spent looking for them and finding them and so I think I’m always doing it with an eye towards “how can I make a movie riffing show out of this” not really “I’m just going to sit back and let it wash over me and enjoy it”…it’s not really like that.

Have you ever found a movie that’s just too bad to riff?

Yeah, that’s a really good question. Actually a lot of people don’t realize that there are movies that are so bad that we can’t even work with them. Frank is really good about pointing that out, you know our show is really built on the back of another show; it’s usually built on the back of a movie so the movie has to accomplish its task of telling a story and if it doesn’t the audience is really kind of not satisfied. You know we’re there to be funny, but the movie has to do the heavy lifting as far as telling a story goes.

Do you feel within the first viewing or two you get a good feeling about if it could be riffed, or are there certain things you look for?

Well I have to show it to everybody in the cast before we go ahead with it so I just have a feeling about it; I think everybody just goes on feelings. Sometimes I’ll put something forward and they’ll just go “I don’t want to do that” and I’ll have to go back and start looking again. Fortunately it always feels great when people sign off and this movie were doing in St. Louis called Rattlers which is obviously a snake attack movie is brand new, we just did it for its first time in Boston two weeks ago, so were just getting out there with it. We’ve just been doing punch up on it this week. So we’re fixing the things we didn’t like about it in Boston and hopefully we’ll be getting closer to making it exactly where we want it…the way we want it. 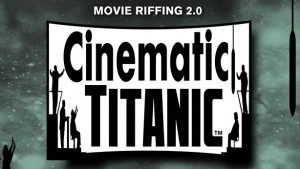 How many incarnations would you say the riff-script goes through before the end of the run is done.

Well the way we do it is we all do our own joke pass on it individually, so we’ll each spend about two weeks on it and then we merge all our riffs together and then we kind of split it up. Each person takes a segment and they’re kind of the segment producer and then they take all the riffs and then they assign the very best ones…the funniest ones to the script. And then it’s kind of like painting with jokes, you know you have all these really funny ideas and then you kind of arrange them and assign who gets to say them and then we put it all together in a big master script…and then we start practicing it and putting it up in front of audiences.

Do you anticipate another mainstream theatrical release for your work with Cinematic Titanic?

I think so; I have a feeling that will happen…you know with the way you can do more and more media in theaters now. In fact the guys from Mystery Science Theater, the other guys at RiffTrax are already doing that and we were frustrated because we were having that same discussion about how we should do a digital cinema event and they kind of beat us to it. So you know that’s going on right now, there’s a permutation of Mystery Science Theater, they just did a show at Halloween that was in a bunch of theaters. 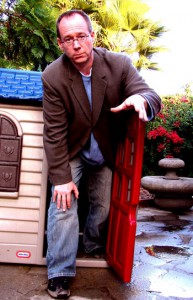 What led you to want to try a live version of movie riffing?

Well that went hand in hand with the development of Cinematic Titanic. The week we did our first studio show in L.A. we also flew up to San Francisco and did a live show at Industrial Light and Magic and so they go hand in hand and I think the inspiration…after seeing Phillip Glass perform and I realized that was kind of a model of sorts for me, though I didn’t realize it at the time. He performed with a movie and did a new composition with it for a silent movie and it was just very Spartan…think of it as a funny Phillip Glass concert, you know?

What was it like working on Freaks and Geeks?

Well I feel really fortunate to have been a part of it because like almost every kid that was in that movie is now a big movie star and a lot of that had to do with just knowing the guys who ran it like Judd Apatow and Paul Feig and those guys were the guys that put me in and also booked everybody in Cinematic Titanic to be in it. So it was pretty cool and it’s one of those nice things where…you know there’s a few shows…I mean I’ve been doing this for 25 years and fortunately the few shows I’ve done like Letterman and Saturday Night Live and Mystery Science Theater and Freaks and Geeks are still kind of out there on the periphery…so I’m kind of lucky that way, I just have been involved with shows that are good…that people like.

Looking back on those 25 years, what would be your fondest memory?

Oh there’s lots of them, but I think things like when we first started to get press, I think that was a really exciting time for Mystery Science Theater, I remember that very fondly. We got in People magazine and we got in Time magazine and The New York Times…it was kind of very strange and kind of great to be attached to a show that people were liking, that you know the fans were liking but also the critics…so that was a really good thing. 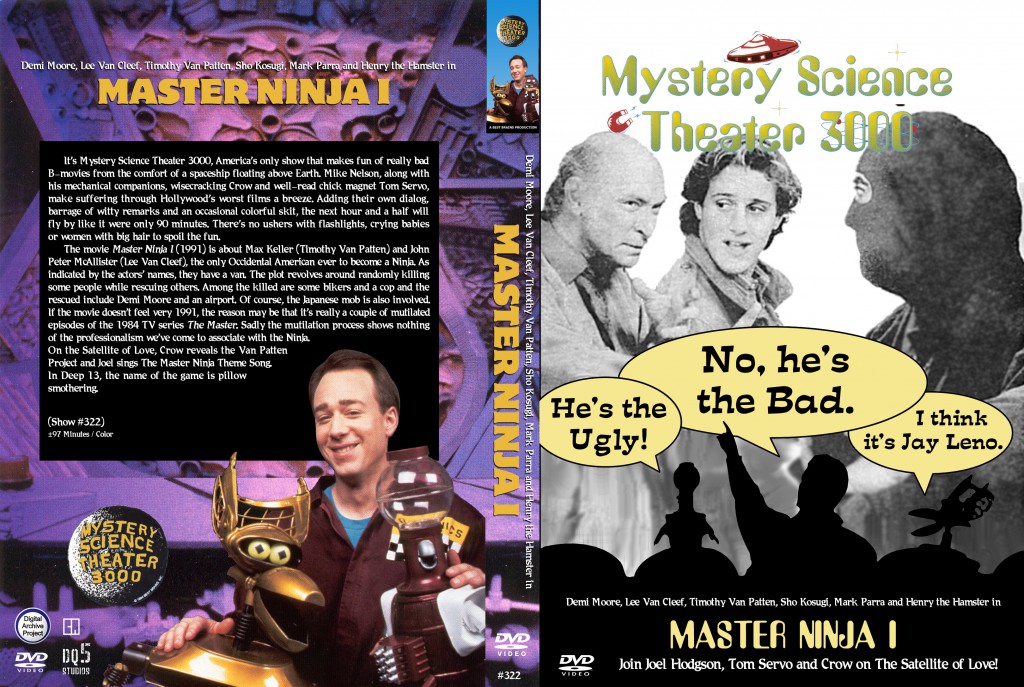 What do you find personally funny?

I’m amazed with the show 30 Rock. I love 30 Rock; I think Tina Fey is unbelievable. I was really impressed with the Mark Twain award she just got, I thought that was really great…I think that’s well deserved.