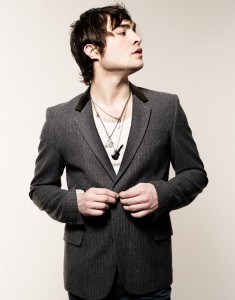 A little known fact to many fans of the hit CW show “Gossip Girl,” bad boy entrepreneur Chuck Bass is played by a British actor. Ed Westwick, who plays the teenage millionaire on the show, is a 22 year old actor born in Stevenage, Hertfordshire, England.

In the video below, Ed Westwic makes an appearance on the Regis and Kelly show while Randy Jackson is filling in. One of the first things that Randy mentions is that Westwick’s British accent it is a little known fact. Most of the video is spent talking about his accent, and whether or not he is more ‘Americanized’ from doing the show. He also talks about his real-life roomate Chase Crawford, who plays Chuck’s best friend Nathaniel Archibald on “Gossip Girl.”