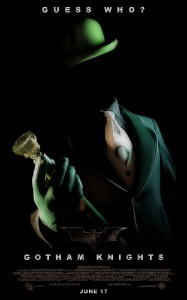 The sequel to The Dark Knight is rumored to begin shooting in April according to Michael Caine, who plays Bruce Wayne’s butler Alfred Pennyworth, in the popular series. Caine who just just worked with Nolan again on his latest film, Inception, told Digital Spy at the Inception premiere that the shooting will begin next year. Pretty solid evidence considering the film is slated to be release July 20, 2012.

Currently there are no details on the story, such as what villains will be featured in the film, and who will be playing them. If shooting does not begin til April, I would not expect to start hearing names until late this year.

Sounds pretty promising! Anyone else a bit depressed that we still have to wait two years for the next film? Talk about it in the comments!