Cellular Calls: This is Why I Drop (ATT 99% Call Reliability) 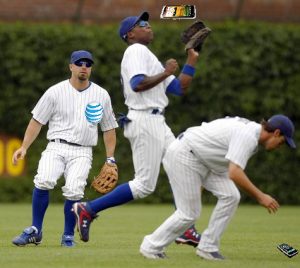 I was listening to the radio one fine evening and an interesting ad for AT&T came on the radio.

So only a 1% drop call rate? But isn’t AT&T the company that’s most widely known for dropped calls? Doing a quick Google search for “at&t dropped calls” brings up 1.2 million results with various damning headlines:

The most current article on the page? Elderly Couple Dies After AT&T Drops Nine Calls for Help. Yikes.

Clearly AT&T must be out of their mind running that radio spot. Having left AT&T 2 years ago, I can’t speak to how they’ve been doing lately, but I can’t recall dropping any phone calls back when I was a subscriber. My Sprint phone has dropped maybe a handful in the past 24 months, but I rarely make (or answer) phone calls in the first place. As a 21st Century tech nerd, I just wait for voicemail and then text my response! So I took it upon myself to find out who was right: my perception of AT&T versus AT&T’s perception of AT&T.

My first leg of research took me somewhere of great insight and overall community: Facebook! I was suprised to see that a simple status inquiring about dropped calls quickly earned 40+ comments in about an hour. Even more surprising? Every AT&T user in St. Louis reported back with similar experiences.

“I have AT&T, and the only time I’ve ever lost a call was because my face came away from the screen causing it to “wake up” and then went back and hit the end button.” – Nicole, with AT&T for almost 2 years

“I’m on AT&T. No dropped calls. My lady has T-Mobile, and it seems she drops calls periodically.” – Kyle, with AT&T for at least 10 years

“I honestly can’t remember a time I’ve dropped a call on AT&T.” – Matt

“Had AT&T forever. Two years ago, I had the original iPhone and two dead zones would cause dropped calls on my work commute. Thought it was the phone until realizing it was the same spots. Noticed a few months back that I never drop anymore. I believe it when they say they’re improving. Side note, I have Sprint/Nextel for my work phone and ALWAYS have issues. I’m told that’s because of Nextel. Really think it’s all in where you use mostly.” – Joel, been with AT&T in one form or another for over 10 years

The first commenter was a freebie. The second commenter had me thinking. It was the third and fourth commenter that had me questioning my perception of AT&T’s network. But then there was one of the last comments that clued me in to why AT&T was doing so well.

“I don’t have the greatest service in Orlando, at Universal I couldn’t get a text or call out, and the same deal at the beach by Cape Canaveral… but everywhere else has been low but ok. St. Louis is always full signal for me.” – Mark, with AT&T for almost 5 years

That seems a little bold of me to say, but it’s true. Every tech blogger and every nasty experience has had one thing in common: living in densely populated areas. Most of these CNN, CNET, Gizmodo types are in cities such as NYC: mile high buildings made of steel and concrete, cramming over 27,000 citizens per square mile… now add tourists to that number, and you start to get a little bit over capacity. I pray for those cell towers. Boston has twice the population of St. Louis in about 78% of the land area. Talk about overcrowded! But that doesn’t explain Orlando, whose population density is less than half that of the Lou in 1.65 times the land area. What gives?

It boils down to this: AT&T has poured $2.1 billion over the past four years into improving their network in St. Louis. Just St. Louis. As of this writing, they’ve completed over 1,036 upgrades in the past 18 months ranging from Franklin County to Carlyle Lake, Carlinville to DeSoto, and back out to Warrenton and Troy. Almost 300 of those upgrades have come to the City of St. Louis. Upgrades include new cell sites, broadband speed upgrades, capacity upgrades, and network connection upgrades. The latter two, being the biggest contributors to eliminating dropped calls, account for 98% of all upgrades in the St. Louis region.

Honestly, the only negative comments about AT&T reception come when most of us cram into Downtown, whether it be Mardi Gras or trying to get a signal near the Stadium during the World Series. And yet AT&T doesn’t just sit back and wait for the crowds to disperse. For major events, like the 2nd Largest Mardi Gras Celebration in the Country, AT&T will roll in portable Cell on Wheels trailers, humorously nicknamed “COWs”. These COWs can help shoulder the weight of nearby cell towers, acting as a sort of RV-sized wireless router. As far as The Cardinals getting to the World Series again this year, AT&T has taken care of that already. No, they didn’t spend part of that $2.1 billion on fixing the Series. On Opening Day back in April of this year, they turned on their new Distributed Antenna System (DAS) at Busch Stadium. This system operates as a network of over 400 antennas and 37 fiber-fed amplifiers that can catch your signal, hold it, and stream enourmous amounts of voice and data through dedicated pipes for Stadium patrons. The DAS was built as a neutral host, so that any current and future wireless providers may utilize its bandwidth. At the moment, AT&T is the only provider using the DAS, so next time you’re at the game let me know how your signal holds up!

As far as I know, the research and firsthand testimonials essentially confirm what AT&T was shooting for in their radio spot. And compared with the rest of the country, we have it pretty good here in the Lou. Unless we’re talking about weather, but that’s for a different article.

For more of the latest news for AT&T in the St. Louis area, follow @ATT_STL on Twitter and keep track of network upgrades by visiting http://att.com/StLouisNetwork