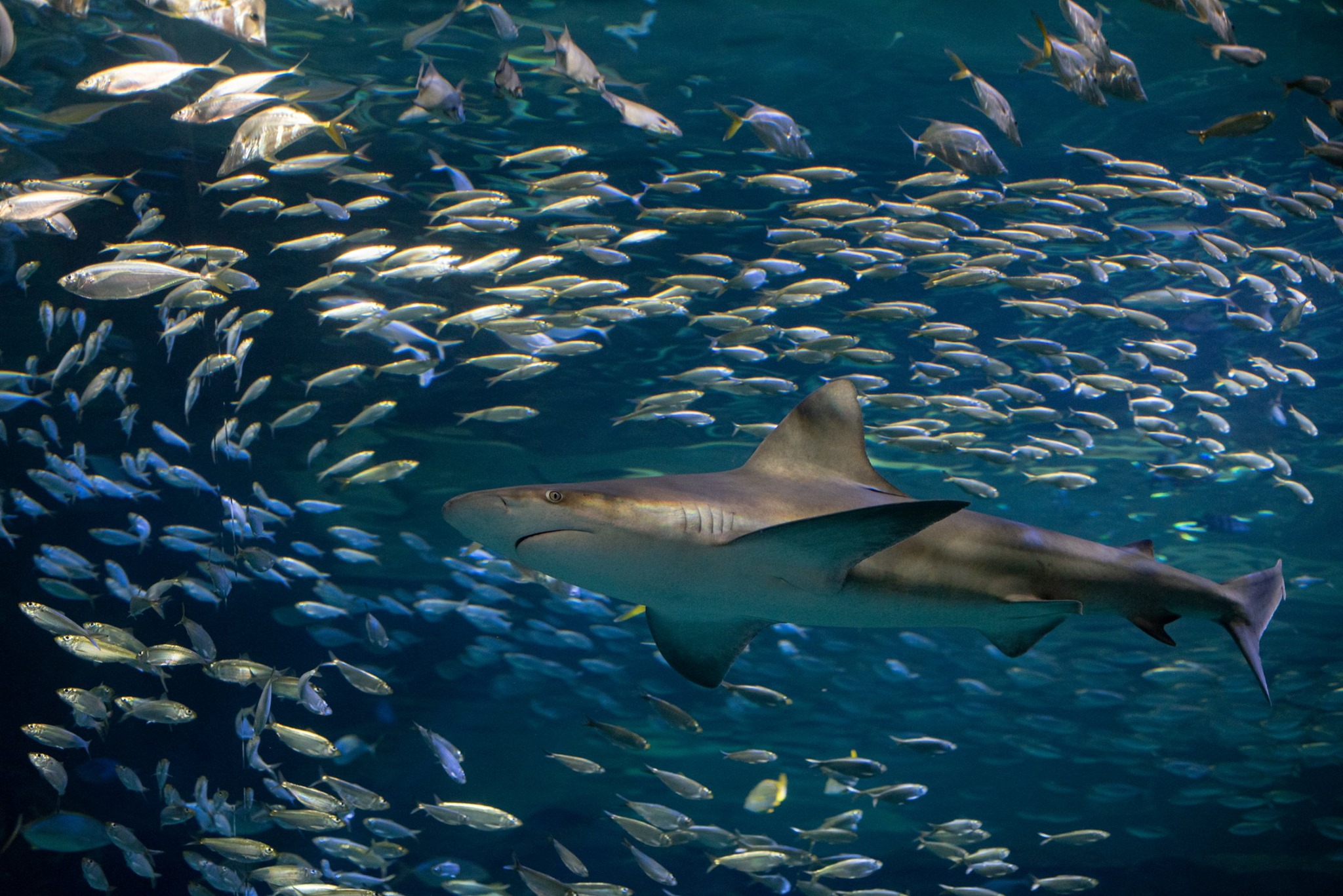 Now through Sunday, July 18, St. Louis Aquarium at Union Station is celebrating “Shark Week” with a variety of shark-related opportunities for guests.

Opened in 2020, the spectacular new aquarium is at the heart of Union Station’s revival in St. Louis. The family-friendly destination is home to more than 13,000 animals in 44 fantastic exhibits. Among them is “Shark Canyon,” a 250,000-gallon habitat that is home to nine different species of sharks: Sandbar, Blacknose, Zebra, Whitetip Reef, Black Tip, Nurse, Bonnethead, Bamboo, and Cat Sharks.

During Shark Week, guests can interact with Bamboo Sharks in the touch pool, and walk the rope bridge across the top of Shark Canyon if they dare. The 15-foot bridge hangs a mere 7.5 feet above the massive tank, and is part of the Aquarium’s behind-the-scenes offerings ($16 per person in addition to admission).

Visitors can also see and touch replicas of shark teeth and jaws up-close, and learn all about the various species that live in the aquarium.

The St. Louis Aquarium is open daily from 9am to 5pm with extended hours until 8pm on Fridays and Saturdays. The attraction is part of the St. Louis Union Station family entertainment destination in downtown St. Louis at 201 S.18th St., St. Louis, MO 63103. Timed admission tickets can be purchased online at www.stlouisaquarium.com. Find the Aquarium on social media @aquariumstl.