Cardinals to Return to KMOX in 2011, Perhaps Regain Focus By Then

After five years of being broadcast on the smaller and less powerful 550 KFNS radio station, the St. Louis Cardinals announced that they are returning to 1120 KMOX, the station they were broadcast on for more than 50 years.

The Cardinals also announced that they hoped to start winning once again in 2011, and perhaps even before then. The odds of that are looking questionable, however, after the Cardinals dropped their fifth straight game on Wednesday, losing 5-2 to Houston. The Cardinals have all but handed over the division title to the Cincinnati Reds and are falling back in the race for the wild card.

KMOX began exclusive broadcasting of the Cardinals games in 1954. Some of the most prominent broadcasters in baseball have taken the mic for the station, including Harry Caray, Jack Buck, Joe Buck, and Mike Shannon.

Cardinals fans have nothing to fear, however, as Mike Shannon has agreed to return to KMOX in exchange for free ice cold frosty Bud Lights between innings. John Rooney will also be retained. 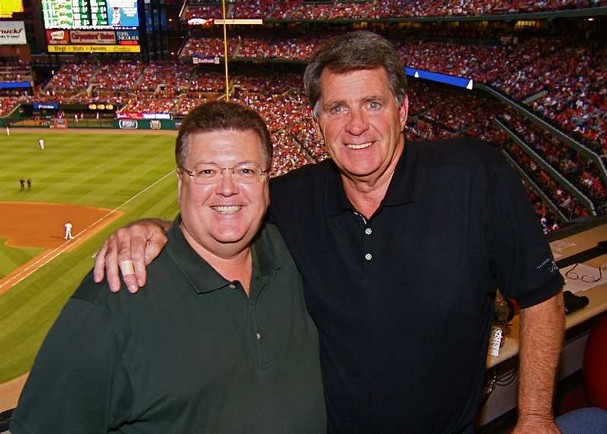 If you’re among the newer generation who’s never listened to Mike Shannon broadcast a game, for God’s sakes, do so. He’s perhaps one of the most unintentionally quotable broadcasters around. My personal favorite came from spring training a few years ago when he described a “ground ball pop fly.”

Some of his classic quotes:

“This big standing room only crowd is settling into their seats.”

“He ran to second faster than a cat in Chinatown.”

“The Dodgers are ahead by 5 runs or 3 runs or in between there somewhere.”

”He went after that ball like a Mexican diving for a nickel rolling down the street in Mexico City!”

“Our next home stand follows this road trip.”