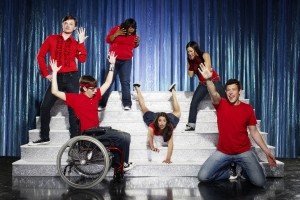 “Britney, I think 100 percent, is going to be on the episode. She is going to join us for a couple of scenes,” Glee creator Ryan Murphy said in an interview with Ryan Seacrest.

The episode will be centered around the pop star’s music, similar to the Lady Gaga episode earlier this year, and Spears will join the cast as herself in some of the scenes. Murphy mentioned that much of the music would play out over fantasy sequences, and one involving a dentist’s chair, and hallucinating about the singer.

I’ve caught a bit of flack from some of my friends for liking Glee, but it has to be one of the most enjoyable experiences on TV. It also is probably among the most uneven, and polarizing shows out as well. I actually wasn’t a fan of either the Lady Gaga or Madonna episodes, and I like it when they switch it up. Those episodes were highly rated for the series, so I guess I can understand why they might want to do more similar episodes.