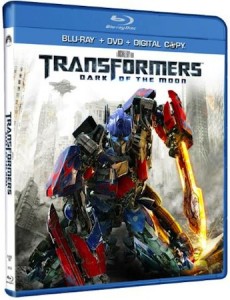 In Transformers: Dark of the Moon, the fate of the world is at stake as Sam Witwicky enlists the help of the noble Autobots to keep a powerful piece of alien technology out of the evil Decepticons’ hands. Except it’s a pillar this time, instead of a box or a knife.

Transformers: Dark of the Moon ultimately decides to play it safe, with only minor improvements from the second film. It manages to be slightly less racist and sexist, however we are introduced to the female lead with an extra long ass shot. For the amount of bashing Michael Bay takes, he sure as hell knows how to make money. Maybe people don’t want to see characters, or a coherent story, or logical reactions to situations. Maybe people just want to pay their $10 and watch shit explode in 3D. Hell, look at how we celebrate the birth of our nation. Kudos, Michael Bay for giving the people what they really want.

However, this film did make less than half as much money as the last film. Maybe people are getting bored. Maybe Michael Bay should stop making movies. In all fairness, TDOTM is a lot of fun. Shia LeBeouf’s performance is actually pretty good and the story line makes more sense than the last film’s. However, there is about an hour of extra material that could be lost without effecting the story whatsoever; and it’s not all action, the entire Autobot-space shuttle subplot of movie serves no functional purpose. Most of the early interaction between Sam and his girlfriend Carly could also be lost, along with the job interviews and the interaction with Sam’s parents. Speaking of Sam’s parents, instead of being even remotely supportive of their son, they’ve turned into a device to spout awkward sexual one-liners…what the hell?

All of these criticisms are probably moot, this isn’t exactly the type of movie where a review really matters. You know exactly what you’re getting from the other two movies. So let’s move on to the technical stuff.

Transformers: Dark of the Moon is presented in a 1080p/AVC MPEG-4 encode with a 2.39:1 aspect ratio. This is the reason you bought your home theater. The action and scope of this movie is brought to it’s fullest potential with deep, rich black levels and super fine detail.  There is never a moment where even the smallest mechanical parts aren’t completely defined. Motion looks great and colors pop.

The 7.1 Dolby TrueHD sound on this Blu-Ray is almost perfect. From the opening Paramount logo, you hear the dynamic use of sound that will follow you for the rest of the film. The varied mechanical sounds range from deep roaring bass to shrill metal shrieks…and they all sound amazing. The weakest part of the sound is dialogue. At times, the dialogue is lost under the massive environmental noise, while it’s rare, it’s there.

If you’re in the mood for giant robot eye candy, this is the movie for you. It’s a great way to show off a big screen TV and 7.1 surround sound and if you already own the other two, you’d be amiss not to pick this up as well.