Bill Nighy Joins Cast of “Chronicles of Narnia: The Voyage of Dawn Treader” 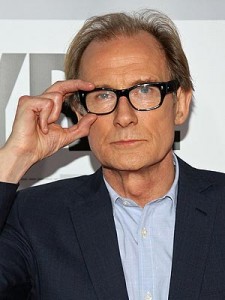 The last Chronicles of Narnia film disappointed my very much. Due to some sloppy characterization it changed some of their characters very much from the novels. I don’t see the point of changing character motives for another plot point that becomes kind of lame. I’m hoping they can redeem themselves with The Voyage of Dawn Treader. It seems they are taking a step in the right direction by casting Bill Nighy as the voice of Reepicheep. I’m a big fan of Nighy, and I’m really excited to the humor he can bring to the character. Reepicheep is probably one of the more humorous characters in the Narnia series.  Nighy is replacing the always funny Eddie Izzard who dropped out of the film. The film is scheduled to be in theaters December 10, 2010.

Watch Nighy on David Frost’s show talk about his upcoming role, and other roles: