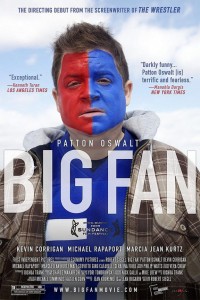 In a startling performance certain to be talked about, comedian Patton Oswalt makes his dramatic-lead debut as Paul Aufiero, an obsessive New York Giants fan whose chance encounter with his hero unexpectedly ends in violence. The darkly funny drama, which co-stars Kevin Corrigan and Michael Rapaport, was lensed by acclaimed cinematographer Michael Simmonds.