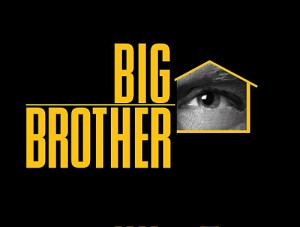 This was a totally crazy week on Big Brother! With all the fighting and name calling, it actually got quite ugly! Last week, Brendon of course had won HOH, and he was pretty sure he was going to nominate Adam and Dom for eviction. Danielle wanted none of that! She had been working a secret alliance with Dom (even a little shomance going on here) so Danielle tries to pit Rachel and Brendon against my personal favs Jeff and Jordan. Don’t get me wrong, she had good game motives behind it, but as usual, Danielle and her sneaky ways demolished any chance of that happening. Rachel and Brendon almost went for it tho…..

The luxury challenge was fun. The cast was given clues to come up with a celebrities name and the guesses were just out of this world! In the end, Jordan was the only one who got it and how she figured it out is beyond me! I mean, I figured it out right away, but her logic was just funny to say the least! Anyway, the celebrity was none other than the Hoff, David Hasselhoff! He was there to promote a new CBS show (natch!) called “My Name” and Jordan got to pick three people to watch the pilot with! She picked Jeff, Shelly and Dalia, which mad Rachel mad. This is when Rachel actually started thinking of getting rid of Jeff and Jordan. I still can’t figure out why Jordan chose Dalia, but I will get into that in a minute.

So anyway, Shelly has been loyal to the vets for the last few weeks. Great game play as it is going to keep her here but under the radar for a spell. She gets wind of the plot against Jeff and goes to the Fab Four and lets the cat out. JJRB figure out Danielle’s devious plan and are he’ll bent to go after Dom. Jeff tries to get Dom to turn on Danni but he only gives up partial info, I guess thinking he still has a chance at the POV. For whatever dumb reason (this kid has had NO idea how to play this game from day one) he decides to throw the veto competition! Seriously??? When Brendon wins the POV and announces he is not changing the selections, Danni goes ape. And about now is when we realize that Kali is trying to play both sides. She has joined Team Danni, and when she tries to do damage control with Brendon, an all out name calling argument ensues.

Jordan comes up with the idea of calling a house meeting and this is when it all gets ugly. I will say this…I really respect both Brendon and Jeff as far as how much they care for their girls. They both got super angry whenever someone tried to slam them and spoke up about it! The bodies get thrown under buses left and right here, and everyone now knows that Danielle tried to mastermind a huge plot against Jeff. Everyone goes away pretty angry. The voting ceremony left no surprises with everyone except Danni voting Dom off. This now also ends the partnerships and the golden keys. All players are now playing again.

And now for the biggest most important HOH competition of this season! It is an endurance comp, and it involves standing on some skis set on a wall while it moves and snows. Color me shocked….not! Danielle wins! This little evil vixen has revenge on her mind and everyone is scrambling to stay out from her evil eye. I don’t really know what she expects to happen, even if she gets one of the Fab Four off, there are still too many against her to have her last more than another week after this. Surprisingly enough, she tells Jeff and Jordan they are safe, and makes a deal not to put them up if they will do the same next week. Jeff agrees, and since he plays this game honestly, I wonder how they will deal with this next week? Brendon and Rachel try to strike a deal, but I can tell by Danni’s body language she ain’t buying what they are selling, and sure enough…she nominates both Brendon and Rachel…

This next week is gonna be good AND ugly…stay tuned!