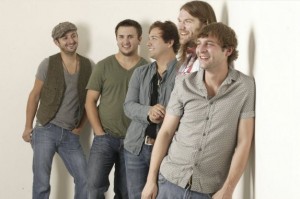 Going into the show, I was not extremely familiar with the bands playing. I listened to the latest Benjy Davis Project album before the show, “Dust,” which was released in November of 2008. I was pleasantly surprised by the smooth melodies and catchy tunes that I heard. After that, I was excited and ready to go to the show.

As Blake and I entered “Off Broadway” near downtown St. Louis, the atmosphere was very laid back, and very comfortable. The house was packed, as we searched for a couple of seats. Once we secured a pair of chairs on the second level near the balcony, we then secured a pair of 5-Day IPAs from the bar – and we were ready for the show to begin. 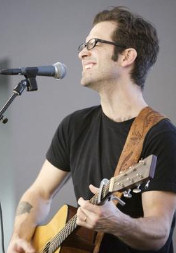 Opening for the Benjy Davis Project was Tony Luca – who is touring with BDP across the country. When Tony came on-stage, we noticed something different about his performance than on his albums. He played his entire set acoustically that night. This is something that can either make or break a performance, but in the case of Tony Luca – it MADE it 110 percent! His entire performance was amazing, as his stage presence was comparable to that of an entire band, and not just a man with a guitar. As Tony played powerfully, and never missed a note, the audience was entertained for the entire set. Tony was also very entertaining in between songs, and had some fun interactions with the crowd. Tony Lucca is a VERY talented musician – if you haven’t heard his stuff, you need to check him out here.

On to the headliners – Benjy Davis Project. The guys came out strong, and immediately almost the entire house was on their feet and ready to start singing along. I was a amazed at how many fans they had brought into the show. Being a band from Louisiana, I was thinking that the crowd might have been 50 / 50 fans going to the show. This was not the case.

Immediately as Benjy Davis stared off singing, I noticed that he has the kind of voice that you feel you have heard before – even if you haven’t. He definitely has the vocal ability to make a catchy tune, that you have to fight to get out of your head. A few of the songs that I think are a great example of this are “The Rain,” “I Love You,” and “Still Sweet.” All three of these made me say “wow” during the show, as I thought that these guys have a lot of potential to get a lot of air time on the radio. Benjy definitely has a talent for song writing and vocals.

Throughout the show, Jonathan Lawhun really hit the target with his powerful guitar and melodious rhythms. His playing seemed to always be a perfect compliment to Benjy’s voice – very balanced, and never overpowering the vocals. During some of the solos, his skills with a guitar really shined. I was very impressed with his playing. Mic Capdevielle gave us a great performance on the drums. He played with great intensity, and kept the pace going throughout the entire set. Just as Jonathan did with the guitar, Mic never overpowered Benjy’s singing or any of the other band, but kept the beat and definitely rocked the house. Matt Rusnak provided great rhythm on the bass guitar. His playing was very clean, yet very powerful in laying the background melody throughout the band’s performance.

The show was fun. I noticed that Benjy Davis Project has a very strong following, that hardly sat down throughout their entire performance. Many of the fans could be seen dancing and singing along, word by word. Benjy Davis Project has a lot of talent, and potential to be very big. They are well on their way, and are a band to watch. Check out some of their songs at www.bdpmusic.com 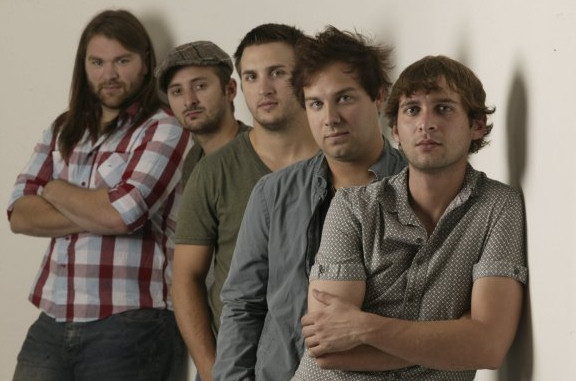