Batman 3 titled “The Dark Knight Rises”; Will Not Feature Riddler as Villain 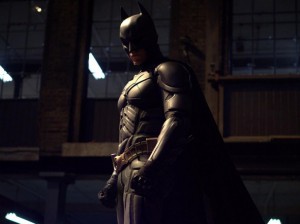 Christopher Nolan has released the long awaited title to final film in his Batman Trilogy, and it is The Dark Knight Rises.

In addition to dropping the title, Nolan also gave a few tidbits on who will not be a villain in the upcoming film. For over two years people have assumed the logical choice after the Joker, would be the Riddler, but Nolan has shot that down in an interview with LA Times.  Nolan also shoots down the appearance of Dr. Freeze.

“We’ll use many of the same characters as we have all along, and we’ll be introducing some new ones,” said Nolan.

Among other news, Nolan has convinced Warner Bros. to keep the film in 2D and IMAX formats, rather than switching the production to 3D.  So, you can enjoy one major release in the next couple years, without having to spend an extra $3 on 3D.