James Cameron Says No to “Cleopatra”; Opts to Shoot “Avatar” 2 & 3 Back-to-Back Instead 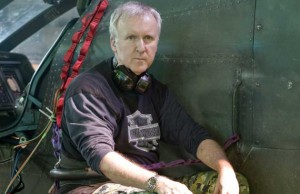 You'd think a boatload of cash would make a man happy...

James Cameron’s next project has recieved much speculation after his huge win last year with Avatar‘s $2.8 billion dollar worldwide gross. Just over a week ago, the director was rumored to be in talks to direct Angelina Jolie in a 3D epic about Cleopatra. (Read our article here.) Cameron has now confirmed that he is going to work on sequels to Avatar, which will be filmed back-to-back.

“In the second and third films, which will be self-contained stories that also fulfill a greater story arc, we will not back off the throttle of Avatar‘s visual and emotional horsepower, and will continue to explore its themes and characters, which touched the hearts of audiences in all cultures around the world,” Cameron said in a statement. “I’m looking forward to returning to Pandora, a world where our imaginations can run wild.”

Cameron is planning to begin writing the scripts in early 2011, and hopefully start shooting by late 2011. 20th Century Fox is targeting a December 2014 release for Avatar 2 and December 2015 for Avatar 3. Stars of the first film, Sam Worthington and Zoe Saldana, have signed on for the sequels.

Cameron and 20th Century Fox are hoping to keep costs a little lower by filming both sequels back-to-back. As many may remember, Avatar is the most expensive film ever produced, mainly because of all the new tech produced for the film. While I’m sure the R&D for the sequels will be high as well, Cameron has the ability to work from an already solid platform.