One week after sweeping the Dodgers and nearly sweeping Philadelphia, the Cardinals nearly found themselves victim of the same trend, pulling out a late-night victory against the Cubs. This spared the Cardinals of the ignominy of losing to the cubs, and me losing a bet, forcing me to streak around my friend’s apartment complex holding a broom. 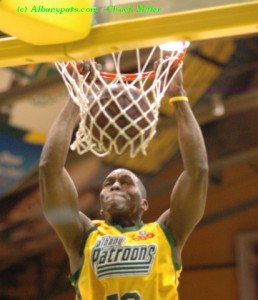 This may or may not be the wrong Felipe Lopez. But I choose to believe it's him. He hits bombs AND can dunk. And change his ethnicity, apparently.

Well, simply put, the Cardinals forgot how to hit for two games. Literally. One game, they were very nearly no-hit, with Matt Holliday‘s little lovetap against Cole Hamels the only blemish in eleven innings. Albert Pujols went very cold, going 1 for his last 14, although that one hit was a line drive over the left field wall that tied the game last night, and he did also have an RBI in Saturday’s game. Jeff Suppan showed once again why he was cast off from Milwaukee.

Still, the Cardinals have gone 8-3 since the All-Star break, a winning percentage I’ll take any time. Ryan Ludwick has returned well thus far from the disabled list, going 3 for 8 in the two games since.

Coming up, the Cardinals play the Mets at Citi Field. Adam Wainwright takes the mound Tuesday against John Niese. Jaime Garcia‘s being bumped back to Wednesday to start getting him more rest and fewer starts in the second half.

In other news, Whitey Herzog was inducted into the Hall of Fame yesterday. The White Rat, as he was affectionately known, was known for his teams playing what became known as Whiteyball, which sounds like a horrendously racist drinking game. 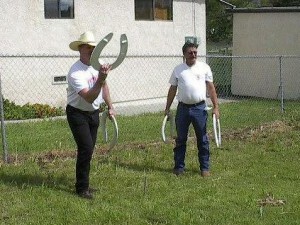 Whiteyball is in fact a strategy based on speed and defense rather than power and being offensive…or something. Since Herzog rarely had power hitters, he taught his players to steal (in 1985, the Cardinals stole 314 stolen bases; last year, the Cardinals had 75, this year, 60 so far) and hit line drives on the artificial turf at Busch. It worked wonders; the Cardinals won three pennants and a World Series. This brand of baseball brought St. Louis back to relevance after a lackluster 70’s decade and more than doubled attendance by the time Whitey stepped down in 1990.

So kudos Whitey (I’m glad I can say that without facing a fine). You deserved your place in baseball Valhalla.

Finally, with the trade of Danny Haren to the Angels, there’s really only one prime starting pitcher left on the trade market, Roy Oswalt. Personally, if we were to make a trade for a starting pitcher, I would have preferred Haren, as he’s younger and cheaper, and has had success in the National League, although obviously not this year. Reports are that Oswalt might now be considered too pricey for the Cardinals, which is fine by me. At some point, the Cardinals have to stop mortgaging their future.

Reports surfaced this weekend that the Rams might offer Terrell Owens a contract today. Owens played last year for Buffalo.

Personally, I don’t think a trade for T.O. would be the worst thing for the Rams to do. Possible issues with his character and clubhouse chemistry are well-documented; however, this really isn’t a team with much to lose. Owens is on the downside of his career at 36, but he is an established performer and would help take a little heat off the Rams’ receiving corps, which at the point consists of Laurent Robinson, Donnie Avery, and a variety of non-established and injury-prone players. If we signed him as a one-year bridge receiver, he could help out with the development of Sam Bradford. He also played for Steve Spagnuolo and Pat Shurmur at Philadelphia, so he’d be accustomed to the system.

Now, I’m not saying he’d be perfect or the best fit. But I don’t think he can really hurt the team, and he’d probably even sell a few tickets. Make him an offer and see what he does.