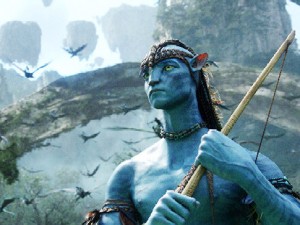 When is it time to call it quits? When your film has made an astounding $2.7 billion dollars in worldwide box office receipts?  Nope, the time is still right to add on some extra footage, and see if you might be able to push it up over the $3 billion dollar mark worldwide! That is what James Cameron and 20th Century Fox seem to be doing anyways.

20th Century Fox and James Cameron will be bringing back 2009’s record breaking smash hit, Avatar, back back to 3D Digital and IMAX 3D theaters on August 27th.  The film will add in eight minutes of extra footage, bringing its run time just ten minutes shy of three hours.

“Audiences repeatedly told me they wanted more of Pandora and wished they could have stayed there longer,” Cameron said.

Among the new footage will be footage of new creatures that populate the world of Pandora, and new battle scenes which take place on a distant moon.

There is no word yet on how wide of a release it will see, but rumors put it at a few hundred theaters, but the numbers could increase if the film sees a jump in profit in that first weekend.

What do you think? Will you be seeing Avatar again in theaters? Let us know in the comments!