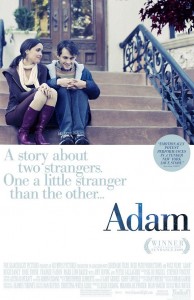 This little spin on a love story is anchored by a fantastic turn by Hugh Dancy, but is marred by a bit of clichéd, contrived, and predictable subplot that makes a film that should stand out seem dull and ordinary too often.

Adam has Aspergers and his father has just died and while he has enough independence to hold a job and live a somewhat normal life, his loneliness is likely to get the best of him as he is unable to really develop any relationships with ease. Enter Beth, a young 20 something that moves into Adam’s building and kind of clicks with Adam, even in his state of unintentional awkwardness. The two start off slow but as time passes they begin to form a bit of a bond and Adam beings to open up a bit to his outside world. But soon after they meet Beth finds out that her father is potentially in a lot of legal trouble and that dynamic begins to add stress to their relationship as Beth’s priorities are stretched thin.

The subplot in question is the one surrounding Beth’s father as it just doesn’t feel natural in the slightest. Sure things like this have happened, but it feels artificial to the story and only there for the sake of sparking drama and creating crisis for the couple. The couple actually works quite well in the film but with a condition like Adam’s you would think that they could have drummed up some drama from that dynamic instead of instilling it from an outside component to these characters story. We are left wishing the focus would remain on Adam and Beth, but sadly the third act isn’t really about them at all.

Thankfully the film still feels quite authentic and real in every other aspect of the story. Adam’s relationship with his father’s long time friend Harlan is sweet and genuine and when Harlan has to work with Adam it feels quite real. Adam’s struggles at work and in everyday life are also quite believable as well with the only other unnatural encounter coming from a very odd sequence with a couple of cops that is pumped up for pure cheap tension and drama and then thrown away with ease. Beth and Adam’s progression is also very well done with things never really going smoothly and taking a bit of work to get to a good point for the couple. The film does have, “that scene” though between the two and it is rather conventional and not quite believable since we don’t get any other real sense of what could set Adam off.

Hugh Dancy owns this film and is the many reason to see the picture. Completely diving into the role and entirely convincing as someone with asbergers you couldn’t ask for more out of Dancy. Never playing this over the top unless necessary we instantly believe in him and his condition and never take for granted the fact that he is acting. Rose Byrne also might have saved her career by showing that she can act after her awful turn in Knowing this year. While she does play things a bit too befuddled on occasion the awkwardness feels right and the two stars have chemistry. Peter Gallagher is also good as the father of Beth, it’s just his story as I have mentioned is quite buyable by the audience as much as his performance is per say.

In the end, Adam is a nice little romance that is built on being an unconventional love story but hurts itself by diving into contrived and cliché plot lines. With that said, Hugh Dancy keeps the picture easily afloat and the first two acts are executed particularly well. A nice balance of heart and humor, the film is pound to entertain and please viewers, I just think it could have been so much more had it not gone where it did in the third act and focused on the couple and not outsiders to their relationship. The film’s ending is very well done and helps erase the misgivings of the final act and reminding us that this is a story about a pair of lovers and that is the stuff we should remember. 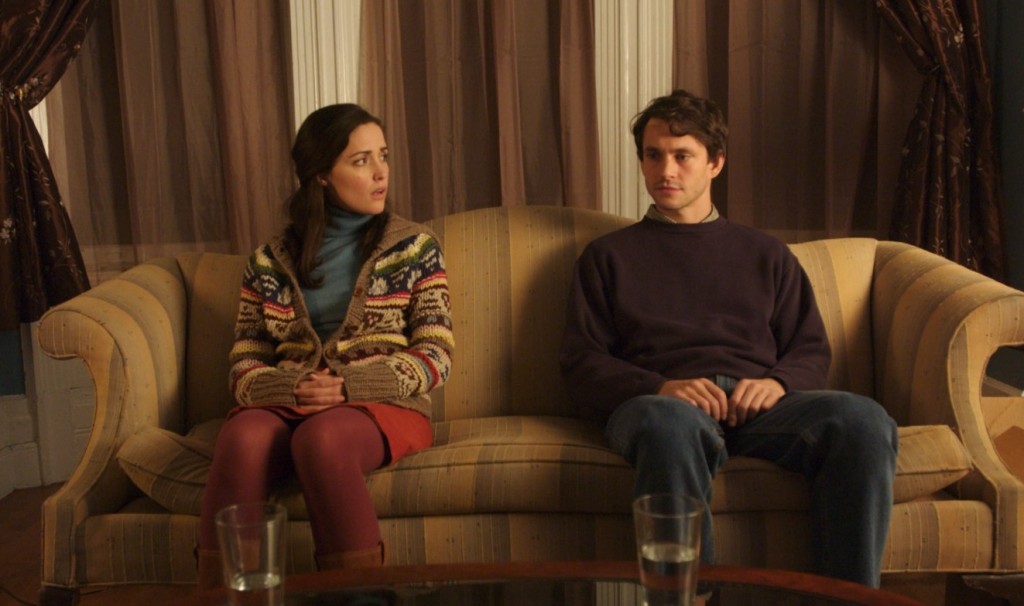