Hitters have slumps and hot streaks.

Pitchers go through nights where they have complete command and throw shutouts; other nights, they’re fighting themselves on every pitch.

The team as a whole, though, is a different animal. Putting together lengthy win streaks is great, of course, but as a whole, a team must rely on a consistent effort, winning series on a regular basis.

Anyways. The Cardinals haven’t had that type of sustained excellence this year. When they built up a 62-37 record by July 25, they did it by putting forth consistent efforts, rebounding from losses with a win or two rather than ripping off a ten-game win streak.

At that point, though, something went kaput in the Cardinals’ system. Hitters stopped hitting. The pitching fell off the table. The team dropped 13 of 17 games, going from two games up on Pittsburgh to four games down. People started to write the season off.

There are even Facebook pages dedicated to getting Mike Matheny fired. I won’t link to them, because I don’t believe in feeding trolls. Interestingly, for some reason, the pages have been pretty quiet the last week or so. Perhaps it has something to do with the team winning 10 of the last 14 games and pulling into a tie with Pittsburgh for the NL Central lead.

To be fair, there’s nothing wrong with being critical. Matheny’s made some questionable decisions. Still, he had the team within one win of a return to the World Series last year, and this year they’re tied for first in the toughest division in baseball despite losing his nominal ace, his closer, and his starting shortstop before the season even began.

Plus, he can take a fastball off the face. Look at that.

Just look at that. Even this hockey player was impressed. 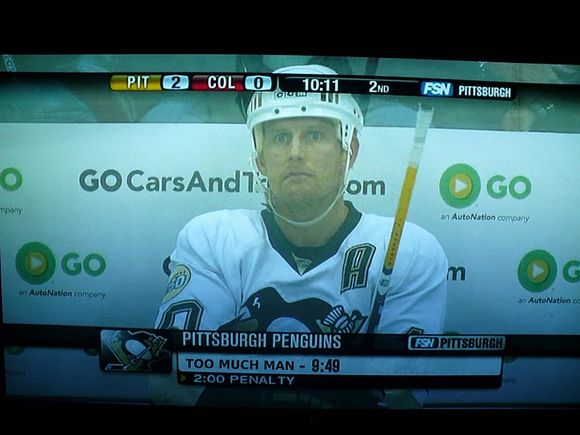 Too much man, indeed.

Perhaps the best part of this is that the contributions have been coming from just about everyone offensively.

– Picking up the slack, Yadier Molina’s hit .441 in the last eight games since his return and has driven in six. He’s also reclaimed the NL batting title from the Braves’ Chris Johnson, who’s hit just .257 in his last 19 games.

– Kolten Wong hasn’t exactly lit the world on fire since his promotion, but he’s played excellent defense and already has three stolen bases in just six starts, a number that puts him three off the team lead (Matt Holliday has six).

Meanwhile, Adam Wainwright continues to pace the rotation. Throwing his ML-leading fifth complete game Friday, Wainwright leads the league in innings pitched, wins, and walks per nine innings. He should finish in the top-5 in Cy Young voting (at this point, it’s impossible to imagine anyone but Clayton Kershaw getting the award).