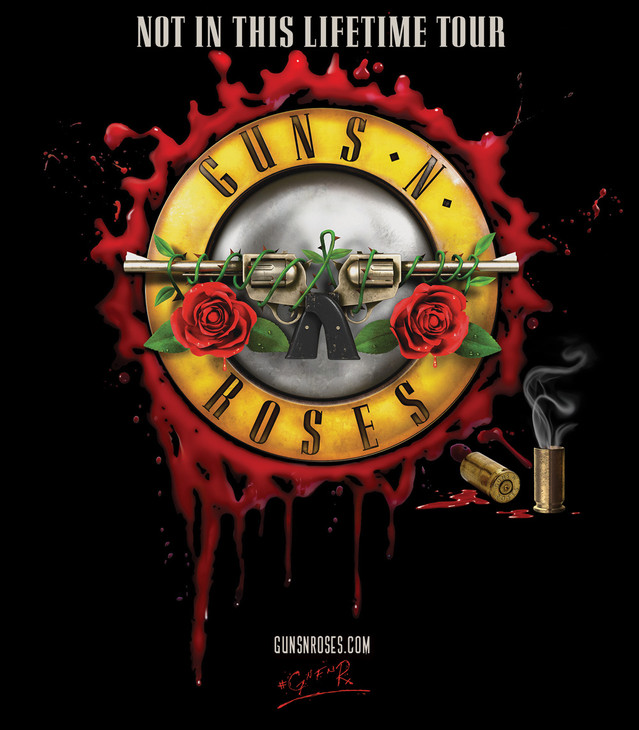 Tomorrow night, Thursday, July 27, will be a reunion of sorts.

Axl Rose and 40,000 Guns ‘N Roses fans will finally bury the hatchet. That’s right, Guns n Roses will finally return to St. Louis. It may not be the scene of the crime, Riverport Amphitheatre, now Hollywood Casino Amphitheatre, but it’s close enough.

The Dome at America’s Center will see more action than it has seen in the last few years. I expect the crowd to be more fired up than it would be for any Rams game.

Axl, Slash, and Duff have been enjoying the most successful tour of 2017. The Not in This Lifetime Tour has grossed more than $230 million to date. The band and the city has come a long way since that fateful night 26 years ago. There will surely be thousands in attendance who were at the riot and probably thousands more who say they were there. Regardless, the city and the band seem to have let bygones be bygones.

I wasn’t personally at the show, as my dad said it was no place for a 10-year old. Looking back, he was probably right. While Axl lost his cool over a fan, Bill “Stump” Stevenson having a camera in the pit, the singer will undoubtedly have thousands of cellphone cameras on him Thursday night when the band takes the stage shortly before 7:30 p.m.

The band has clearly grown up in the nearly three decades since their last show on the ‘Lou. G’nR hasn’t been late for a single show on the current tour. Axl even carried on with the show after breaking his leg early in the tour last summer. No way that would have happened in 1991. Rose’s relationship with guitarist Slash seemed like it would never be repaired. Through the years Axl toured with his own version of Guns, never having anywhere near the success the original lineup had. Slash and Duff, meanwhile, found success with Velvet Revolver. Guns ‘N Roses was even put into the Rock n Roll Hall of Fame. Axl refused to show, which made it seem all the more unlikely the band would ever reunite.

But, just a couple years ago rumblings of a reunion began to surface. Maybe it was money, maybe it was the fact that the guys were clean and all grown up with families, alright it was probably money, but it happened. Axl, Duff and Slash put their differences aside and announced a worldwide tour. It’s been nothing but positive reviews and sold out shows since the reunion.

While many rock fans in St. Louis and the city itself have not been issued an apology from the band for that fateful night 26 years ago, the return of G’nR  is close enough to an apology for most.

So in less than 24 hours, thousands of music fans will gather in the Dome at America’s Center and welcome Axl and the boys back to the jungle.