Moving on in the preview of the 2010 St. Louis Cardinals, we get to first base. Apparently we have a pretty good first baseman whose sole diet just might consist of the crushed career of Brad Lidge. 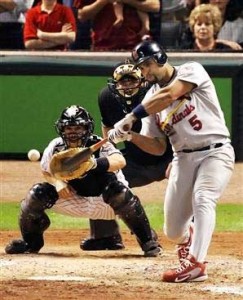 “Incredible.” “Amazing.” These aren’t just words my woman uses every night. Actually, those words are pretty much restricted to “no” and “stop touching that.”

You’d be hard-pressed to name a single player that approaches Albert’s talent in the game today. Hanley Ramirez? Meh. Longoria? Please. A-Rod? Get that weak sauce out of here. 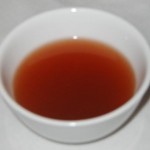 Albert has established himself as a superlative hitter, an excellent fielder, and an adept baserunner. Still only 30, in his nine major league seasons, he’s never hit less than .314 and fewer than 32 HR and 103 RBI. He’s also earned a Gold Glove for his efforts in the field.

Remarkably, Albert’s put up all these numbers despite a myriad of injuries and aches, from a torn tendon in his elbow to plantar fasciitis, and now he’s having a bit of trouble with his back. My theory is the back problems are arising from the fact that he must carry around such massive cojones; however, subsequent attempts to confirm this by Googling “Albert Pujols cojones” resulted in nothing but a lower credit score and a questionable Internet history.

After Pujols, however, the depth chart gets a little hazy. Since the Cardinals traded Brett Wallace to the Oakland Athletics and Chris “Whacky Tobacky” Duncan is no longer with the team, there are no prospects or solid backups in the apocalyptic event Pujols goes down with an injury. Most likely, the Cardinals will do as they did last year when he took off days, playing by committee. Joe Mather, David Freese, and even Yadier Molina, would all likely see time at first.

This, however, is hypothetical. Chances are terrific Pujols will be leading us to victory drinks come October, served chilled over crushed souls of Cubs fans. 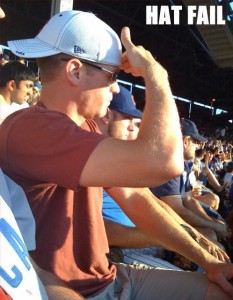 "Go Cubs. I just wish I had something to keep the sun out of my eyes."

THOUGHTS ON THE NFL DRAFT

A couple people have asked my thoughts on the upcoming NFL draft.

First off, making the draft three separate nights/days is dumb, and yet another ploy by the NFL to suck more money out of the fans, as though exorbitant prices and charging full price for pre-season games don’t do that enough.

Now, what should the Rams do?

There’s no doubt in my mind Ndamukong Suh is the best player available in the draft. A defensive tackle out of Nebraska, Suh very nearly single-handedly gave Nebraska the Big 12 title game. He and another Big 12 defensive tackle, Gerald McCoy (Oklahoma), are likely at the top of most teams’ draft boards.

Whether you agree with the decision or not, it appears more and more likely that the Rams will be selecting a quarterback in the first round, and of the top quarterbacks available, Sam Bradford is the consensus pick.

The Rams have made several moves in free agency, but two really stand out as contributing to this reasoning. The first is the signing of defensive tackle Fred Robbins. The second is the signing of quarterback AJ Feeley.

Adding Robbins at DT might just be a depth move, but chances are the Rams are somewhat weary of drafting a second tackle in the first round in the last four years. That previous tackle, Adam Carriker (another Cornhusker), has yet to live up to expectations, and in fact missed the entire season last year. He is expected to be back this year, another reason the Rams may hold off on Suh or McCoy.

The signing of a backup quarterback comes as no surprise. Bulger is extremely unlikely to return. Boller never did anything outside of the first game he appeared to warrant another chance. Null’s nowhere near ready to start. Feeley is a solid backup and has worked with Rams head coach Steve Spagnuolo and offensive coordinator Pat Shurmur in Philadelphia.

Feeley, however, isn’t a franchise quarterback, something this city needs desperately. The Rams could in theory sign or trade for a veteran and hold out for the 2011 draft if another quarterback catches their eye…perhaps home-grown Blaine Gabbert? However, with the possibility of a work stoppage looming after this season, it’s unlikely the Rams will think that far ahead.

Bradford’s certainly not a bad quarterback. He’s intelligent, has a quick read, and is pretty accurate. He doesn’t have the strongest arm, but in a West Coast offense designed for short routes, that isn’t a huge problem. The Rams are technically on the clock, so after the upcoming Pro Day at Oklahoma, it’s possible a deal could be done before the draft. Next Monday could provide a much clearer picture if he shows his shoulder’s healed.