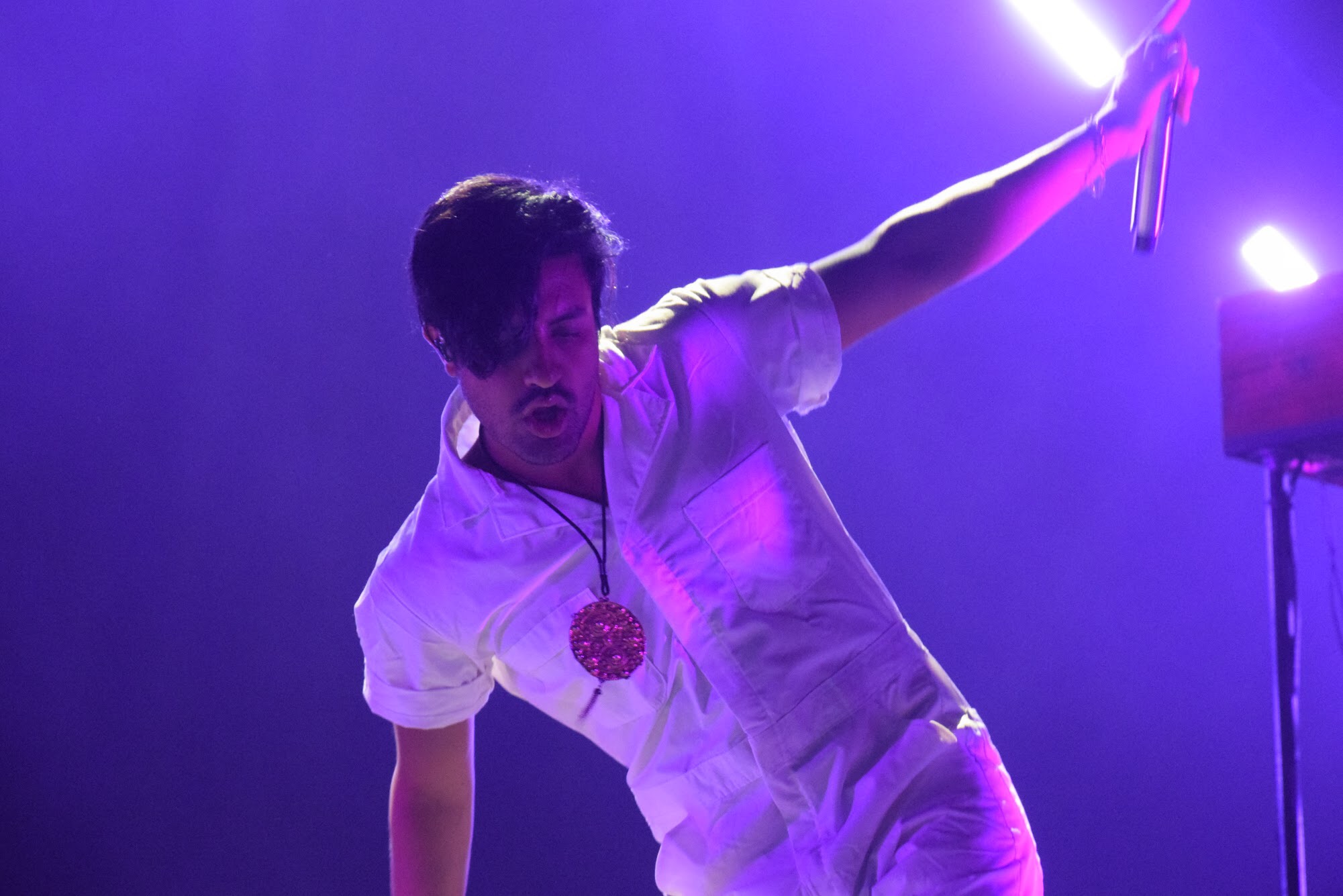 People were just starting to trickle into Hollywood Casino Amphitheatre as the first act of Young The Giant’s “Home of the Strange” tour took the stage. The concert, hosted by 105.7 The Point, featured thirty-minute sets by Bob Moses, Joywave, and K.Flay, followed by hour-long sets of Cold War Kids and Young The Giant.

As Bob Moses started their set, they were playing to a crowd that barely pushed 100 people. The first couple songs were focused more on the sound, and didn’t have many lyrics; they mostly just sang harmonies. As the set continued, though, the songs became more diverse and intricate, a much-needed change to keep the small crowd’s interest. Made up of three members, Bob Moses included a keyboard, mix table, drum set, and electric guitar with the occasional tambourine. Their combination of these mediums created a psychedelic sound that I really enjoyed, despite never hearing them before.

Joywave took the stage as some more people filed into the amphitheatre. In orange jumpsuits and funky socks, the band from New York took quirky to a whole new level. The drummer was the only one in the five-person band to break the uniform in a sparkly shirt and long purple hair. The lead vocalist, Daniel Armbruster, connected really well with the crowd and bounced around the stage to the music. At some points in the set the music became louder than the vocals, but it wasn’t enough to be a big distraction from the show. This rock band was energetic and fun to watch live, if you didn’t get a chance to see them this time, Daniel announced Joywave will be back in St. Louis in November as a headliner!

As the amphitheatre finally started to look full, K.Flay took the stage and the crowd went absolutely wild. K.Flay was in her own universe the entire show and took everyone with her! She was so energetic and full of personality, but she never strayed from her aesthetic. The entire set was filled with headbanging and odd dance moves that was completely her and the crowd loved and related to it. She looked comfortable and at home on the stage, owning everything and unapologetic of her performance. The sound was great; her band never outpowered her voice. She kept our attention the entire set and connected with the crowd a way that the previous performers hadn’t been able to achieve. I would have been completely content if K.Flay had finished off the rest of the concert.

The Cold War Kids started their set playing to a mostly full amphitheatre. My first thought upon hearing them was “cool.” Their entire vibe from their wardrobe to their music is relatable and chill, but they know who they are. They worked the crowd, daring to go as close to the pit as the stage would allow them. The guitarists were pumped and rocking out with the crowd and each other. The Cold War Kids brought a lot of energy to the stage, but it was a more intense energy than K.Flay or Joywave, it was emotional instead of electric. “Restless” was the marker for this change in the vibe of the show, creating a more mellow and soulful performance that carried out through the the rest of the set. While they performed a nice set, Cold War Kids couldn’t hold my attention the entire time. Halfway through I was ready to sit back down, I didn’t feel a need to see the performance. The music didn’t inspire dancing or much else than just sitting and feeling the music. I was surprised that they got the hour slot over K.Flay, because the crowd seemed to react more positively to her performance than the Cold War Kids.

They finished out the set and the crowd waited in anticipation for Young The Giant. The tour workers were furiously trying to set up the stage as people rushed to go to the bathroom before YTG came on.

“Suave” is the only way to describe my first impression of YTG. I was pushed up against the stage taking photos and I was completely blown away by the band’s presence and energy! The lights and visuals were incredible, the perfect addition to supplement the performance. The guitarists and lead vocalist were set up on the stage, while the drummers were raised on a podium with stairs that were frequently used as a prop and energy builder. Sameer Gadhia, the lead vocalist, moved around the stage with grace and energy, interacting with the audience before, during, and after each song. At one point, an eager fan handed him a flower that he proceeded to use as a prop to the song, showing how much he appreciated the gesture.

Gadhia’s voice is super smooth and his ability to hit the high notes greatly added to the song and band’s aesthetic. The music wasn’t something to play in a club, but rather a great playlist for jamming in the car. Songs like “Titus Was Born” made me feel light and happy, like I was in a Coca-Cola commercial. While the performance was energetic the entire time, YTG was able to keep their mellow vibes constant throughout their act. They never tried to make it something it wasn’t, they were completely themselves, and the crowd loved it.

Although I would switch K.Flay’s time with the Cold War Kids, the “Home of the Strange” tour was overall a success at Hollywood Casino Amphitheatre Friday night. Young The Giant’s performance left nothing to be wanted and fulfilled every fan’s wishes and I am proud to announce I am their newest fan. 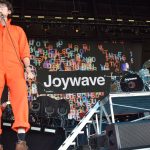 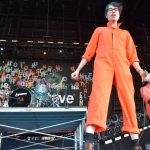 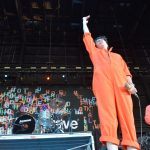 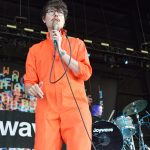 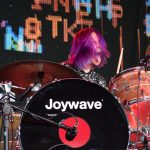 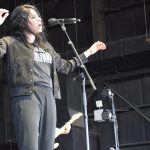 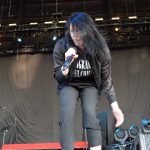 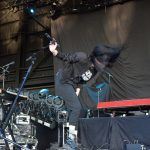 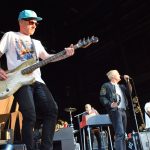 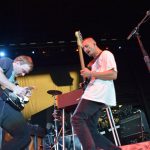