The WWE is in dire need of something fresh. I don’t know if it’s a character or a storyline. At this point, anything would have helped liven up the three slow hours from Monday night. 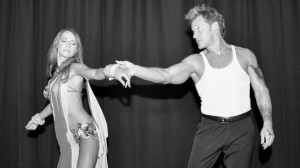 There were a couple strong points to the show. I really liked the way Raw started. Bringing Fandango and Chris Jericho out for a dance contest was not the way I would have started, but it turned out to be a great lead-in for their match at the pay per view on Sunday. I will talk more about the match in my Extreme Rules preview later this week. As I have said in the past, Fandango is a star. He and Jericho have great chemistry, which should result in a great wrestling match.

Besides the opening segment, I really didn’t care much for anything else. It’s clear the WWE is going with the Brock Lesnar/Triple H match as the main event of Extreme Rules. I liked the ending, with Triple H calling out Lesnar. Personally, I think the WWE could have taken this feud way further, but it is what it is. Raw ending with Triple H getting the best of Lesnar, could mean a big victory for Lesnar on Sunday, but we will have to wait and see. 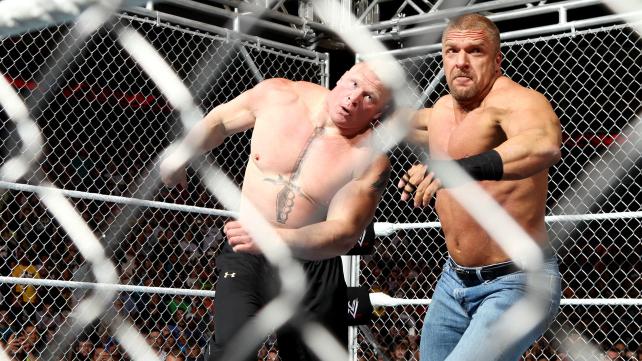 The announcement of Dolph Ziggler having to drop out of his title match at Extreme Rules really sucked, but it’s necessary. The champion has a serious concussion, and those are nothing to take lightly. While it hurts the pay per view, I would rather have him rest for a month and be back at 100% for future big money matches. 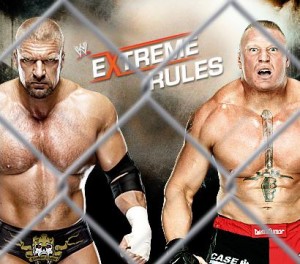 Other than the for mentioned storylines, Raw was very bland again this week. This has to be one of the weakest build ups to a pay per view I have seen in a long time. If vExtreme Rules was not in St. Louis, I would not order it. However, I am excited to see the WWE back in St. Louis, even if it is a sub-par pay per view. The WWE is always fun to see live.

Click here to purchase tickets to WWE Extreme Rules at the Scottrade Center in St. Louis (May 19).