While last week’s WWE Raw was a home run from top to bottom, this week’s episode wasn’t up to that standard, but it wasn’t as bad as past episodes either. 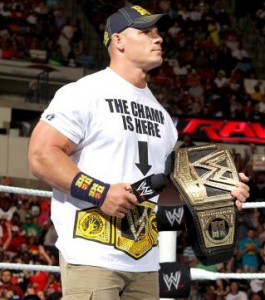 The main problem I had with this week’s episode was pacing. Hours 1 and 3 were much better than hour 2. The second hour of Raw seemed damn near meaningless. The only highlight was John Cena’s 5-minute promo on Mark Henry.  That being said, this could be corrected with a quick recap at the end of each episode. The WWE is great at putting together recaps and short video segments highlighting feuds, so why not do this at the end of every Raw? That’s just an idea from a wrestling fan. As far as Cena/Henry go, I think Cena got the best of the big man this week on the mic. Cena stayed away from his lame, juvenile jokes and kept things personal with the big man. I give this round to Cena.

The other criticism I have is with the tag team division. Why make the Uso’s the number one contender? They have absolutely no shot against the Shield. And, why only have The Shield on a very small portion of the show? They are red-hot at the moment. The WWE should use them. Also, my other final criticism is with the use of Dolph Ziggler. He’s also red-hot at the moment after his face turn. Why have him come out for a small, but great attack at the end of a phenomenal Chris Jericho/Alberto Del Rio match? He hasn’t cut a promo stating his involvement in the title scene. This needs to be done. As for Jericho, it’s no secret he will be leaving after Money in the Bank. He will not return until at least January. I expect to see Ziggler involved next week. 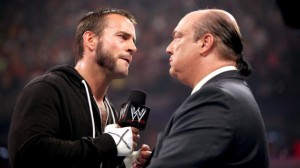 There were two segments that stole the show this week. CM Punk and Paul Heyman’s encounter following last week’s attack by Brock Lesnar, and Randy Orton and Daniel Bryan’s match. I’ll start by talking about Punk and Heyman. I love Punk’s promos. He is a straight shooter and I love that he incorporates a lot of hidden truths in his promos. It is true that Heyman basically put his neck on the line for him back in 2005. This will make Heyman’s eventual turn on him even more deceitful. Not having Lesnar on does not hurt the feud one bit either. Heyman can talk with the best of them, so why not focus on his relationship with Punk. 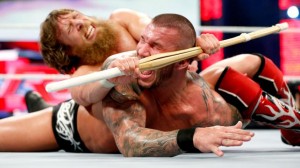 The Orton/Bryan match was phenomenal. These two work so well together. Orton has really stepped up his game in the last month. I know that Bryan is probably a big part of that, but it’s nice to see Orton finally coming into his own once again. The man deserves a title shot, as does Bryan. I doubt that Orton gets one, but it will be interesting to see how his character reacts to the tough loss to Bryan. I can see hints of the old Viper coming out of Orton. A heel turn would make his character ultra-hot.

The Money in the Bank entrants were announced, but I will save that to discuss at the pay per view gets closer. The return of Rob Van Dam is inching closer and closer. I’m hoping the WWE uses him correctly. If they do, he’s one of the best in the business.