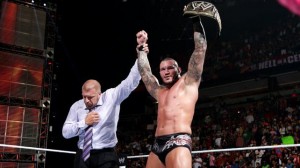 Things just don’t seem to be getting any better for the WWE. “Hell in a Cell” continued a string in what has been the worst WWE pay per views in recent memory. The lack of build up, mixed with sub par in ring action, gave the event a very lackluster feel. Given the fact that the NFL is in full swing and the World Series had a game on Sunday and Monday, the WWE had virtually no chance at getting a ton of viewers with a crappy product.

It’s beyond me how WWE can justify fans shelling out $50 to see Randy Orton and Daniel Bryan fight for a third time with a third successive screwball ending. This is actually the fourth if you count their “SummerSlam” match. The ending this time around felt so out of left field it was ridiculous. HBK superkicking Bryan? Really? While the main event was not a hit, at least it was one of the better matches of the pay per view.

The undercard matches were even worse. The CM Punk/Ryback/Paul Heyman feud was a total bust. I don’t understand Heyman climbing to the top of the cage to get beat down by Punk. It really took away the heat of Punk beating down Heyman a month ago. With this presumably being the ending of the feud, it was such a disappointing way to end a feud that lasted for months. 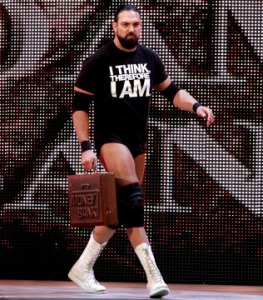 Where “Hell in a Cell” failed, I felt Raw succeeded. Yes, John Cena returned as champion, yawn! Randy Orton is champion, yawn! I have to admit that the beginning of Raw was really damn good. I was shocked to see Damian Sandow cash in his Money in the Bank. I was in suspense the entire match between him and Cena. It was a solid match and one of the best openings to Raw in months. I really thought Cena was going to lose, playing off his injury and have to leave Raw for a couple more months. Surprisingly to me, Cena won, playing off the Super Cena angle. It leaves me to wonder what is next for the face of the WWE? It’s clear Cena needs some time to get back into ring shape. He looked a bit heavier and a little out of shape, but you got to give the man his props, he is a worker and will do anything for the company.

Raw continued its trend of solid story-telling with Bray Wyatt taking out both Bryan and Punk. I thought this was awesome, but I am worried. I am hoping the Corporation is not behind this. I mean, why mess with a great storyline like the Wyatt’s? This is exactly how you push a mid-card up the ladder.

Bryan also had a great segment with HBK. We are finally seeing some intensity that you would expect from someone who just got screwed out of the title. It will be interesting to see where this goes.

The wrestling was top notch on Raw, as The Shield had a great six-man tag match. The Rhodes’ tag match was also good.

Kane’s return was strange. At first, I thought he was going to go after Stephanie McMahon, but after calling her to the ring, he pledged his services to her. Then, took off his mask and handed it to her. Does this mean that she and Triple H have a new monster for hire? This could also be interesting.

So, all in all, it was a mixed bag for the WWE this weekend. I am hoping that “Hell in the Cell” was the last crappy pay per view we will have to endure for a while. Raw was finally solid, with great storylines and matches. Hopefully, what the WWE started last night will continue all the way to Survivor Series.