Theatre Review: The World Premiere of THE KARATE KID – THE MUSICAL at Stages St. Louis 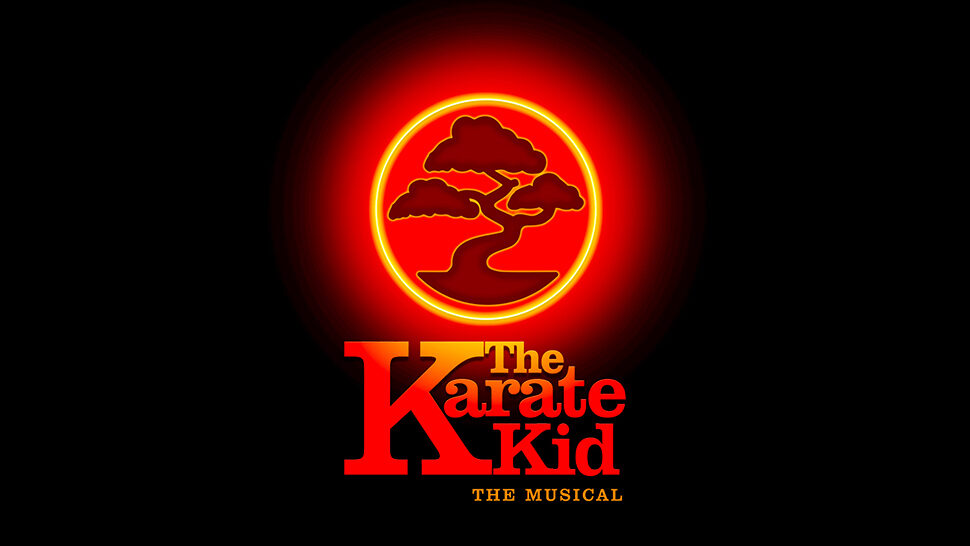 Making its world premiere at Stages St. Louis, THE KARATE KID – THE MUSICAL is an adaptation that not only lives up to the beloved film it is based on – it surpasses it.

The musical is based on the 1984 film written by Robert Mark Kamen and directed by John G. Avildsen, about a high schooler who discovers Karate as a way to defend himself from bullies at school. The film is semi-biographical, based on Kamen’s own experiences and a news story producer Jerry Weintraub saw on TV. It would become the fifth highest-grossing film of that year below the likes of Gremlins and Indiana Jones and the Temple of Doom, spawning three sequels, an animated series, and the popular series currently running on Netflix – Cobra Kai. And now, we have a musical adaptation that has its eyes set on Broadway.

High schooler Daniel LaRusso (John Cardoza) is forced to start his life over in Reseda, California when his mother Lucille (Kate Baldwin) moves them from New Jersey to start a new job (“California Dream”). It’s not long before Daniel runs into trouble at the local arcade, where he gets into a fight with a bully from his new school, Johnny Lawrence (Jake Bentley Young), over his ex-girlfriend Ali Mills (Jetta Juriansz). As the bullying continues, he turns to an unlikely teacher to help him defend himself – the maintenance man for his building, Chojun Miyagi (Jovanni Sy). Meanwhile, Johnny is learning all the wrong lessons to get what he wants (“Strike First, Strike Hard. No Mercy”), thanks to his sensei at the Cobra Kai dojo, John Kreese (Alan H. Green). After seeing what Daniel is up against, Mr. Miyagi agrees to teach him Karate in order to compete against Johnny in the upcoming tournament.

Leading up to the show, the standard responses I received when telling friends about the new musical adaptation were looks of puzzlement. On paper, you can’t blame them – especially those who don’t see musicals on a regular basis. But after seeing so many delightful adaptations (Spamalot, Legally Blonde, Heathers, Bring it On) I’ve learned to keep an open mind. And The Karate Kid – The Musical wowed me with its fantastic songs, exciting choreography, and high production values.

Kamen returned to write the book, teaming up with Drew Gasparini (Crazy, Just Like Me) for the music and lyrics. The show is directed by Amon Miyamoto (Pacific Overtures), and choreographed by Keone and Mari Madrid (who worked on the delightful Disney short Us Again).

Right from the opening number, it is clear the musical did not come to mess around. The songs in the show are excellent, sticking with me long after I left the theatre. If there was a cast recording to purchase or stream, I would have done so immediately after seeing it. Gasparini does a brilliant job conveying the emotional heart of the story, which works so well in the movie, through song. Whether it’s a touching ballad like “Square One” or “Who I’m Supposed to Be,” the show-stopping “Strike First, Strike Hard. No Mercy,” or a hilarious song like “New Best Friend,” the show is packed full of memorable numbers.

Speaking of heart, at the core of the show is the friendship between Daniel and Mr. Miyagi. Cardoza and Sy are wonderful together, as their characters both search to fill voids left in their lives due to unfortunate circumstances. What starts off as a simple premise ultimately turns into a beautiful purpose for both of the characters, and watching this unfold throughout the musical is a heartwarming experience. Cardoza shines in the lead – a charismatic, natural talent – externalizing his character’s journey through powerful song and dance, in addition to a moving dramatic performance. While most of Miyagi’s conflict is internalized throughout the show, Sy shines when it comes time for the audience to gain more insight into his story. And much of the humor in the show is due to his understated comedic delivery, both through his actions and choice words.

And what would The Karate Kid be without its villains? Although we have been given more insight into both characters thanks to the Cobra Kai show, here both Johnny and Kreese are classic foils to Daniel. Young and Green are terrific in their respective roles, with both characters troubled in their own ways and using Karate as an outlet for their aggression. Johnny is a character you love to hate, with Young playing the cocky and popular teen with great panache. And while you may feel worried for Daniel when Johnny is around, that goes to a whole new level when Green steps on-stage. Monsters create other monsters, and the actor is pure terror as Kreese. The two of them are phenomenal as obstacles Daniel must overcome.

Two-time Tony nominee Kate Baldwin plays Daniel’s mother, who only wants the best for her son – yet doesn’t really know how tough of a time he’s having. Her character is loving and optimistic, while eventually turning to the worry that she may not know her son as well as she thinks. The actor has a great voice, and turns in an excellent performance opposite Cardoza. Their bond is believable, as is the worry all parents have for their children.

Jetta Juriansz is excellent as Ali, a character whose role is expanded from the film and is given more agency. It feels like a really nice update for 2022, as we see more about Ali’s family life and the struggles she has with finding who she wants to be – and not simply giving in to her parents’ vision for her future. The talented Juriansz is delightful in the role, and shows her range with numbers like “Who I’m Supposed to Be” and “Slow Song.” She and Cardoza also have great chemistry.

Daniel meets his new neighbor Freddie (Luis-Pablo Garcia) shortly after arriving in town, and the two become quick friends. Garcia is charming and fun to watch in the role.

The choreography from Keone and Mari Madrid is most impressive, on both a large and small scale throughout the production. The musical features a large cast, and there are several times where a majority of the actors are on stage – especially noticable during the Cobra Kai scenes. There is a lot going on, whether it be a combination of dance and karate moves, or the street-infused style that Johnny and his gang use. And during Miyagi’s scenes, the ensemble forms a spiritual representation of karate students, showing the balance of the art form while synchronizing in an otherworldly fashion. While moving as one, they also form a living bonsai tree – a reoccurring theme of balance in the show. The dance moves are fun to watch, and very impactful when it comes to the story.

Director Amon Miyamoto has staged an exciting and heartfelt production with The Karate Kid – The Musical. Kamen and the team have taken a beloved story that has influenced multiple generations, and crafted a musical adaptation that manages to outdo itself in every way. The lessons on kindness and the importance of family are timeless, and the musical numbers are catchy and memorable. Fans of the movie are going to love it, and newcomers are sure to be delighted.

See the World Premiere of The Karate Kid – The Musical at Stages St. Louis through June 26 before it heads to Broadway. For tickets and more information, visit stagesstlouis.org.