ReviewSTL.com invites you and a guest to attend a special St. Louis screening of TAKING OF PELHAM 123. 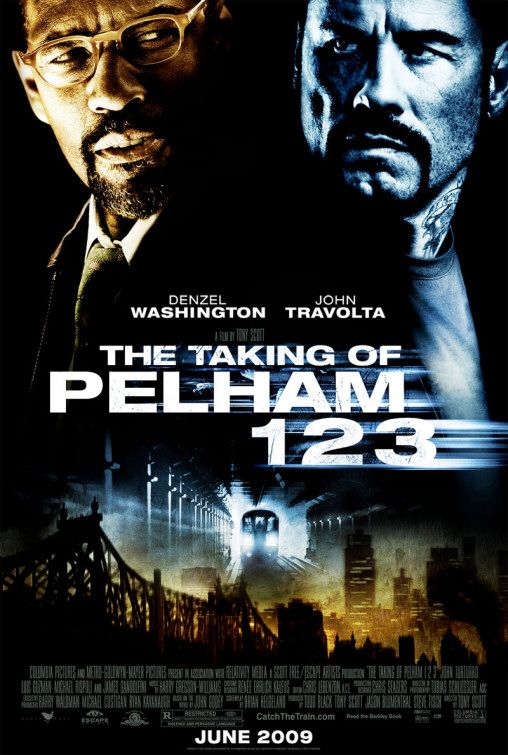 Here’s another chance for you to win some ADVANCE screening passes to a new movie!

“The Taking of Pelham 1 2 3,” Denzel Washington stars as New York City subway dispatcher Walter Garber, whose ordinary day is thrown into chaos by an audacious crime: the hijacking of a subway train. John Travolta stars as Ryder, the criminal mastermind who, as leader of a highly-armed gang of four, threatens to execute the train’s passengers unless a large ransom is paid within one hour. As the tension mounts beneath his feet, Garber employs his vast knowledge of the subway system in a battle to outwit Ryder and save the hostages. But there’s one riddle Garber can’t solve: even if the thieves get the money, how can they possibly escape?

Alright, this one is going to be pretty simple. Go to our forums and register if you have not.

Once you have registered. Go to this topic and tell us your favorite remake or film that you thought was an awful remake.

Enter only on the forums! We will only be taking entries from the official thread in the forum. Thank you!

Screening is Thursday, June 11th at 7pm at Ronnies.