Enter to Win Passes to ‘The Twilight Saga: New Moon’ at the St. Louis Advance Screening

ReviewSTL invites you to enter to win passes to the St. Louis advance screening of “The Twilight Saga: New Moon” 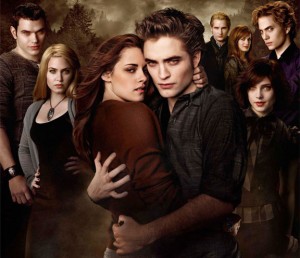 The supernatural tale of star-crossed lovers continues as the Cullen family flees Forks in order to protect Bella (Kristen Stewart), and the heartbroken high-school senior discovers that vampires aren’t the only creatures in town. Realizing that Bella will never be safe as long as he’s around, Edward (Robert Pattinson) makes the difficult decision to leave his beloved behind shortly after her 18th birthday. Reeling from her loss, Bella embraces self-destruction after being comforted by Edward’s image during a moment of mortal peril. But as heavy-hearted as Bella may be, her old friend Jacob (Taylor Lautner) distracts her from her sorrows by helping her renovate a weather-beaten motorbike. When Bella encounters a former adversary with a sizable grudge, she’s rescued from harm at the last second by pack of enormous, ferocious wolves. Subsequently delving into the history of the Quileutes, Bella discovers the secrets of Jacob’s tribe while looking forward to a reunion with Edward that may have deadly consequences. ~ Jason Buchanan, All Movie Guide

In order to enter the contest, simply leave a comment at the bottom of the page answering this question: Who is your favorite vampire in all of pop culture? Winners will be chosen at random and notified via e-mail. NO PURCHASE NECESSARY.

Please note that winning passes to “The Twilight Saga: New Moon” does not guarantee admission to the film. You must arrive early as seating is first-come, first-served. It is usually safe to arrive at least 1 hour or more before show time!