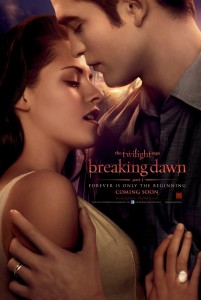 The new full trailer for The Twilight Saga: Breaking Dawn: Part 1 is now out. This is the fourth film in the series, based off of the popular novels by Stephenie Meyer, and will be split into two separate films. Bill Condon (Dreamgirls, Gods and Monsters) will direct both of the final films.

Synopsis: Bella and Edward, plus those they love, must deal with the chain of consequences brought on by a marriage, honeymoon, and the tumultuous birth of a child… which brings an unforeseen and shocking development for Jacob Black.