4 hours ago on Facebook, Sony (via Columbia Pictures Philippines, which is their official fan page with over 1.2 million likes) released their teaser video for The Amazing Spider-Man 2 at Comic Con on Friday.

In the video, we hear Jamie Foxx as Electro for the first time. It goes something like this:

“I can feel it in the walls. I feel it in my veins. No matter what you do doc, you can’t contain it. You want to know how powerful I am? Well, I want to know too. I’m Electro.”

The Amazing Spider-Man 2, which hits theaters May 2, 2014, marks the first time we will see Electro on the big screen. In the comics and animated series he was originally presented as a rather cartoonish character, which a bright green suit and yellow lightning blot accents. In the film however, Foxx appears completely blue with electricity running through his veins. This follows the “Ultimate Spider-Man” line, as did much of The Amazing Spider-Man. 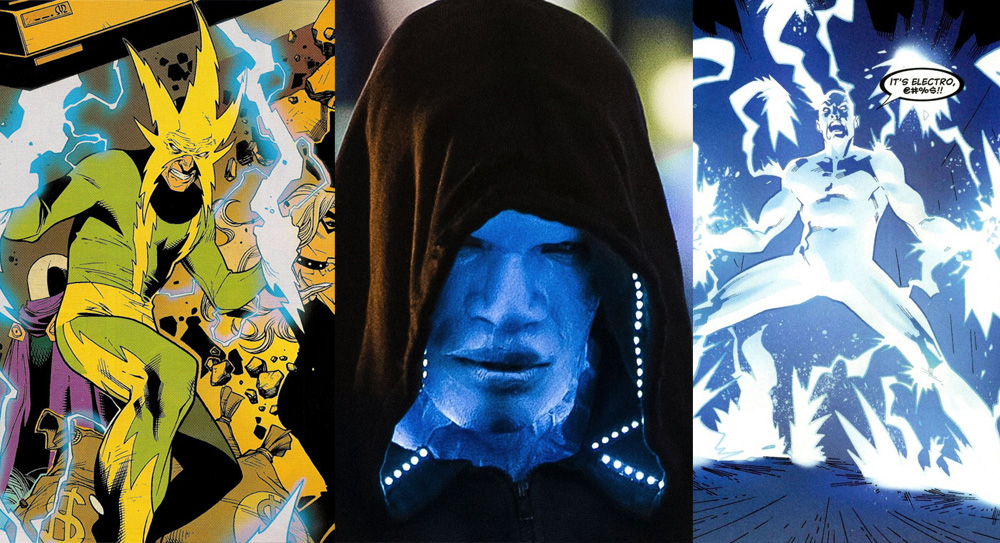 Left to right: Classic look of electro, Jamie Foxx as Electro in The Amazing Spider-Man 2, and Electro in the Ultimate Comics.

The panel for The Amazing Spider-Man 2 will take place Friday, July 19 in Hall H at 4pm at San Diego Comic Con.