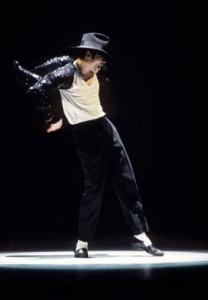 Michael Jackson, the King of Pop, was recorded this 1 minute 34 second clip at the Staples Center in Los Angles on June 23. Practicing for his performance of “They Don’t Care About Us,” that sadly would never happen, this is one of many video recordings that was captured in high definition for his new tour. The promoters of the tour, who have lost millions of dollars in ticket sales, are reportedly going to try and release a DVD compilation of Michael Jackson’s final rehearsals.