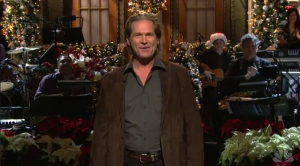 White House Christmas Cold Open
This Christmas season has democrats dreaming of much merrier headlines in 2011.

A Message from Mastercard
WikiLeaks founder Julian Assange broadcasts from jail with some insight to what will happen if he’s not freed.

General Store
An old West general store has some quirky gift wrappers who thwart a robbery with their talent.

Happy Holidays from the Kardashians
Kim, Kourtney and Khloe are wishing everyone happy holidays and share what they’re thankful for.

Jeff’s Prank Show
Among Jeff Bridges many talents is the ability to prank his celebrity friends.

Underground Holiday Event
If there’s one holiday party you need to attend, it’s this one.

Larry King Live
Larry King interviews Dog The Bounty Hunter and other notable guests as time on his CNN quickly runs out.