So, I asked my wife, “Where do you want to go for our anniversary?” 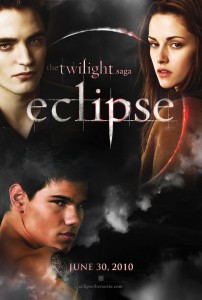 Her face lit up in appreciation. She smiled and said, “Somewhere I haven’t been in a long time!”

So I suggested, “How about the kitchen?”

Misogynistic? Certainly. Entertaining? Well, that’s up to the observer. So, too, goes Eclipse, the third movie hellbent on showing women everywhere exactly why their man will never be good enough to compare to Robert Pattinson or Taylor Lautner.

First of all, in the interests of full disclosure, I am not a fan of the movie series (I’ve never read the books, so I can’t attest to their quality). I’ve found the first two movies too predictable, the acting to be of subpar quality, and the dialogue so unbelievably bad I at times wonder if Stephenie Meyer’s actually ever had a conversation with a guy or been on a date. But I decided to go into the movie with an open mind, because I felt I should write this review and not have ten thousand angry lonely women trying to castrate me in my sleep, as my movie-going partner Elizabeth threatened to do if I didn’t get the tickets. She’s not very nice at times.

The movie starts off with what appears to be a murder of a young man (Xavier Samuel), a character I tended to empathize with, as at least he wouldn’t have to sit through this movie. It turns out, however, the lad, who turns out to be named Riley Biers, is instead turned into a vampire by Victoria (Bryce Dallas Howard) and recruited to straight up 187 the Cullen clan.

Meanwhile, in Forks, Eddie (Pattinson) and Bella (Kristen Stewart) profess their undying love for each other once again with Edward promising to change Bella into a vampire if she’ll marry him. She doesn’t respond, creating the world’s worst and most obvious cliffhanger.

As the movie progresses and Jacob (Lautner) finally confesses he doesn’t even know how to put on a shirt he’s in love with Bella, forcing her to decide between a furry fetish and her love for something that has no soul yet claims to be in love. Meanwhile, the film builds up to the crescendo of the final fight, during which the Cullen clan must form a temporary allegiance with Jacob’s tribe to protect Bella, leading to a final confrontation with Riley and Victoria, and ultimately a confrontation of Robert/Bella/Jacob’s feelings for each other (dunh dunh DUUUUUUNHHHH).

First of all, the production values are a marked improvement over the first two. The sound is crisper, and the special effects no longer look like they were done by a kid who forgot to take his Ritalin. 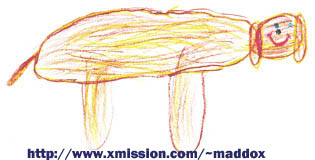 Jacob, as seen in the first film.

There are also some genuinely funny moments during the film. The scene between Bella and her father Charlie (Billy Burke) when they discuss sex is hilarious.

Unfortunately, the same problems that plagued the first two films are also prevalent in the third.

Stephenie Meyer seems to be a romantic writer. By romantic, I don’t necessarily mean love, I mean in the idealistic sense of what she wants her dream guy to be. But some of the dialogue is so horribly bad, I found myself laughing at its absurdity, rather to the displeasure of my pulchritudinous movie-going amiga.

Foreshadowing, when employed properly, can be an effective story-telling technique. When it’s so blatantly obvious the characters might as well hit the audience on the head with a pan, it becomes a source of humor. This happens several times throughout the movie, namely in the final fight and Bella’s dealings with her feelings for Jacob.

Another minor nagging issue: if vampires are cold by nature, why do they bother wearing jackets? Why don’t they run around shirtless? I’m fairly certain this film would garner more male attention (not to mention an R rating) if Alice (Ashley Greene) and Rosalie (Nikki Reed) followed in Jacob’s wardrobe steps.

The acting is still Paul Walker-esque bad. Robert Pattinson sounds like he’s doing his best Christopher Walken impression while looking constipated. Jasper Hale loses and regains his southern accent in different lines throughout the movie depending on whether Jackson Rathbone remembers his character is from Texas or not. Kristen Stewart’s the worst culprit, however. Apparently throughout high school, Bella never learned anything other than to show the same emotion regardless of what she’s feeling. 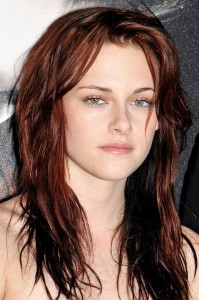 Perhaps the biggest problem I have with the film is how inexplicably misogynistic the film is, despite the writer being a woman. Perhaps I’m just a guy, but I feel much more of a connection with the male characters, particularly Jacob and Charlie. Any guy stuck in the best friend role with a girl can easily empathize with Jacob (minus the fact that he is ten thousand times better-looking than you or I will ever be), and it’s hard not to feel sympathy for Charlie as the father who obviously loves his daughter and is repeatedly spurned in his attempts to get closer to her.

The women in the film, on the other hand, it’s tough to develop an emotional attachment to. Bella is so focused on being in love she’s blind to warning signs flashing all around her. Ultimately, she wants to have her cake and to eat it too, which rarely ever turns out well. Victoria is simply a manipulator who tricks a guy into thinking she loves him to get what she wants. Jane (Dakota Fanning) is just pure evil who murders small children because she doesn’t give second chances, like my ex. None of the main women elicit any positive feelings, save for Alice and Rosalie, but they tend to play bit parts in this film save for one or two scenes.

Now, if you’ll excuse me, after seeing a gratuitous and unnecessary amount of Taylor Lautner flexing, I have to go hit the gym.

Eclipse gets a C-.