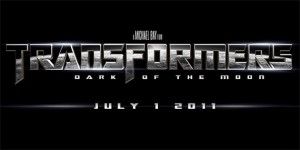 The disappointment is bound to continue. After a less than stellar effort in Revenge of the Fallen, Michael Bay serves us up a slightly boring piece of revisionist history in his latest Transformers saga.  After a disappointing sequel, you would think the director would want to make up for it. However, it was only critically disappointing, the film itself brought in piles of money, and I doubt that Bay realized there was anything wrong.  After a fun start to the series, the second film killed any joy I had left for the series, and it is going to take a lot to bring me back.

A darker more introspective journey into the Transformers universe and their origins on Cybertron. There is also preview footage of the possibility of Unicron, the planet eater, in this sequel.