Trailer: AL DAVIS VS. THE NFL Out Feb. 4 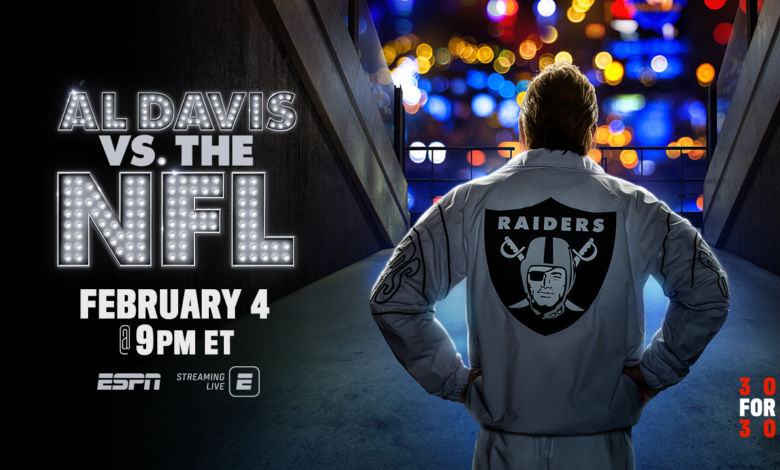 ESPN will debut the next installment in the Peabody and Emmy award-winning 30 for 30 series, “Al Davis vs. The NFL,” on February 4. Directed by Ken Rodgers (“The Two Bills,” “Elway to Marino”), the documentary presents an intimate look inside one of the great rivalries in the history of the National Football League – former Raiders owner Al Davis and former NFL commissioner Pete Rozelle, whose battle grew so intense that players, owners, franchises – even the League itself – became characters in a three-decade long Shakespearean feud that changed football forever.

ESPN Films has been an industry leader in documentary filmmaking since its inception in March 2008, producing more than 100 documentaries that have showcased some of the most compelling stories in sports. The high quality of storytelling, highlighted by the Peabody and Emmy Award-winning 30 for 30 series and the Academy-Award winning documentary “O.J.: Made in America,” has led to record viewership as well as multiple honors and critical acclaim. Additional projects from ESPN Films over the years have included 30 for 30 Shorts, Nine for IX, SEC Storied and Emmy award-winning docu-series “The Last Dance.” ESPN+ is the exclusive home for the entire 30 for 30 library.