It is being reported that Tony Scott, the director of Top Gun, has committed suicide. According to reports, he jumped off the Vincent Thomas Bridge in San Pedro this afternoon. 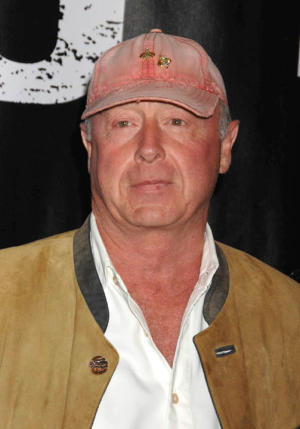 Scott directed and produced many films throughout the course of his career, but his most popular film was Top Gun, the 1986 blockbuster featuring Tom Cruise and Kelly McGillis. The film is due to be re-released in theaters in 3D this year, and a sequel starring Cruise was in the works at the time of his death.\

Scott also directed such hits as Crimson Tide, Days of Thunder, The Last Boy Scout, and one of my personal favorites, Enemy of the State. In addition, he also served as producer on several different projects such as The A-Team film and the television show “Numb3rs.” He often collaborated with such actors as Jack Black and Denzel Washington, who starred in five of his films.

Scott was the younger brother of Sir Ridley Scott, who helped redefine the science fiction genre with such classics as Alien and Blade Runner.

While Tony hadn’t directed a film in a couple years, this is a blow to fans of action films. My friends and I are all huge fans of Top Gun, and I loved the story in Enemy of the State, one of Will Smith’s first films after “The Fresh Prince of Bel Air” ended. I was cautiously looking forward to seeing how the sequel to Top Gun would be handled.

Thoughts are with his friends and family at this time.