Theatre Review: The Fox’s AIN’T TOO PROUD Is a Triumph of Singing and Dancing 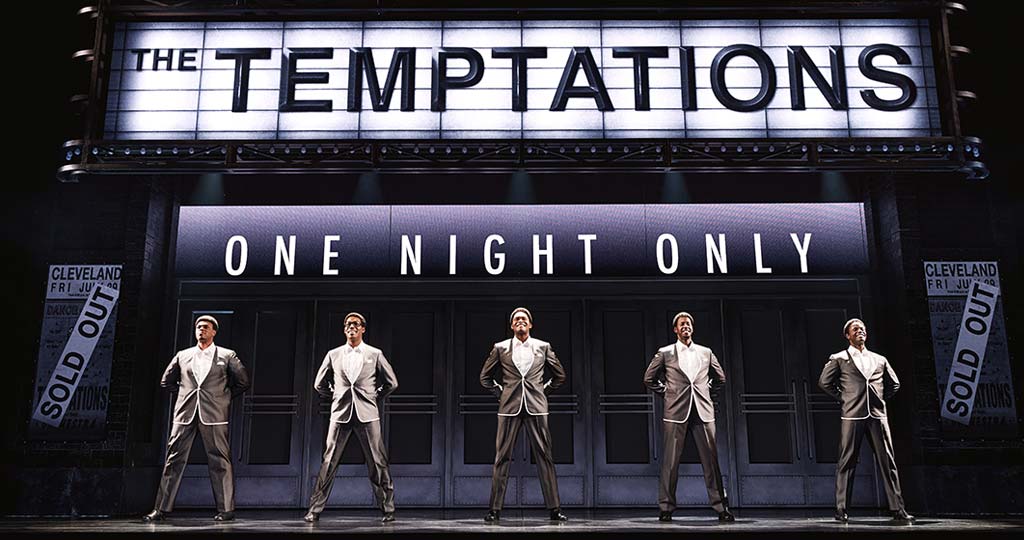 The Fabulous Fox’s new season is off and running with the lively Ain’t Too Proud.

Based on Otis Williams’ The Temptations, this tightly energetic chronicle of the band’s rise and fall is filled with over twenty hits from their catalog presented in a relentless barrage of choreographed dance energy. Unlike most jukebox musicals, Ain’t Too Proud has a core. More than a string of hits loosely tied together, award-winning playwright Dominique Morriseau’s book utilizes her narrative prowess to craft a potent story of brotherhood, family, loyalty, and betrayal during a decade of civil unrest in America.

Nominated for 12 Emmys, this densely packed musical features a band dealing with the trappings of fame: money, addiction, infidelity, love, and loss. Told from the perspective of Otis Williams (the last living member of the Temps original lineup), Ain’t Too Proud provides audiences with a perfect symmetry of drama and song as the band’s hits (“My Girl,” “Just My Imagination,” “Get Ready,” “Papa Was a Rolling Stone,” and “I Wish It Would Rain” to name a few) are sprinkled into stories of The Temptations lineup changes, failed relationships, and their desire to address the Detroit riots and racial tensions of their times.

Coming from the Broadway run is Marcus Paul James whose vibrant performance as the determined Otis Williams gives Ain’t Too Proud provides an emotional center. Also dazzling is American Idol alum Jalen Harris as Eddie Kendricks, a troubled singer whose demons are brought to the forefront by James’ powerful performance.

Featuring an outstanding ensemble, Ain’t Too Proud is a dynamic production filled with razzle-dazzle singing and dancing and plenty of nostalgia that should not be missed.

See Ain’t Too Proud at The Fabulous Fox Theatre in St. Louis through October 2nd. Tickets are available via MetroTix. For more information, visit fabulousfox.com or the official tour website at ainttooproudmusical.com.