Theatre Review: AWAKENINGS Is the Sleeper Hit of the Season 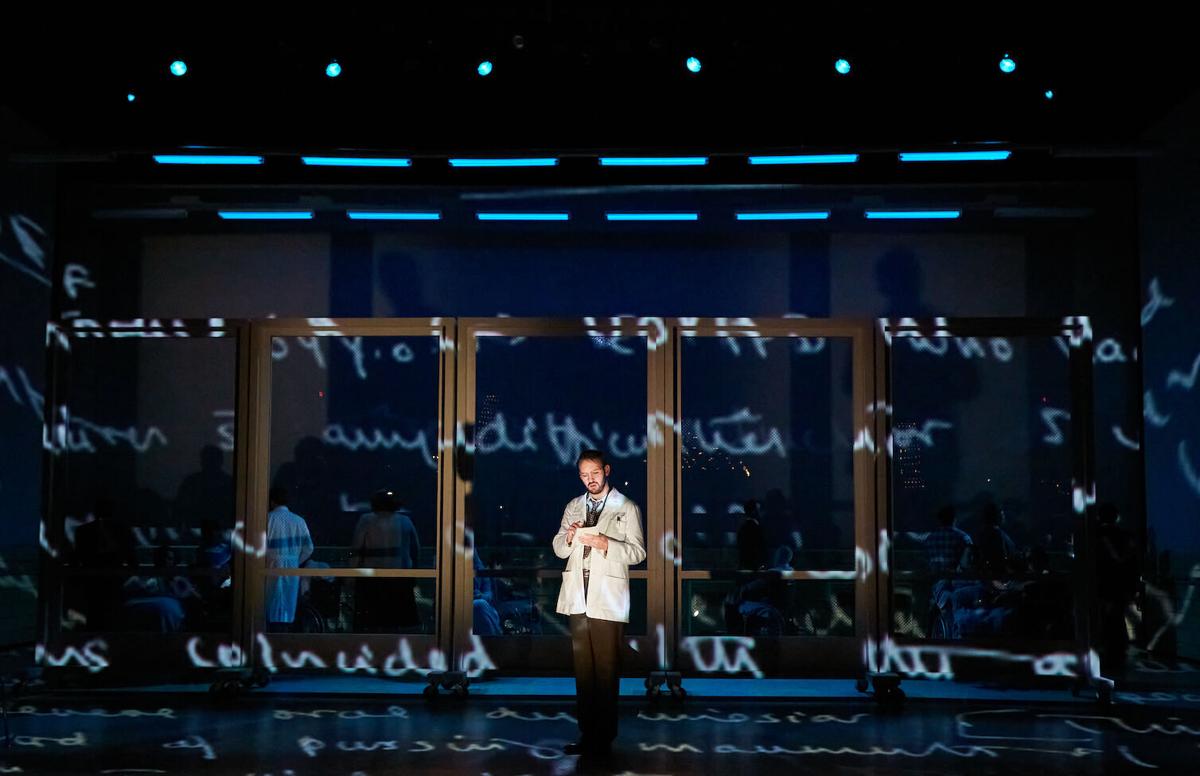 For Opera Theatre St. Louis, the season doesn’t get much better than having two world premiere operas in the same season. The first, an adaptation of Dr. Oliver Sacks’ book Awakenings, was originally planned as the opener for the 2020 season.

Despite being stalled, this highly emotional opera has finally arrived. Relentless in its intensity and melancholy, Awakenings locks into the audience’s subconscious, carefully pushing overwhelming feelings of frustration and sadness to the surface.

During the 1920s, the mysterious encephalitis lethargica, also known as sleep sickness, claimed nearly half a million victims. Those who did not die from the malady were left in a comatose state where they could not move, speak or function normally. For subsequent decades, the afflicted remained suspended, trapped between the waking world and a slumbering one. The aftermath of this epidemic serves as the backdrop for Opera Theatre of St. Louis’ excellent world premiere of Awakenings.

After decades with no progress, resuscitation, or known treatment, hope arrives when neurologist Oliver Sacks takes a chance and gives the Parkinson’s drug L-Dopa (a precursor to dopamine) to a patient named Leonard Lev.

After receiving treatment Lev miraculously wakes from his stupor. Surprised to be asleep for so many decades, Leonard is forced to address the challenges of his revival. As other patients began to awaken, they too are faced with living in a world different than the one they remembered.

These core ideas; being lost in society, facing self-identity, and finding connections in new environments are at the heart of OTSL’s production. Directed by James Robinson with a libretto by Aryeh Lev Stollman, this emotionally charged opera never allows the audience to feel at ease.

Stollman’s libretto focuses on Sachs’ acceptance of his true self, multiple confrontations with his superiors, and the discovery of a new way of life by the victims. Despite his medical brilliance, he is never on solid footing emotionally. The libretto also delves into the lives of his patients, each of whom grapples with tragic feelings of loss and missed opportunities.

For Sachs patients, waking up is hard to do. One of them, Rose sees her husband again, while another, named Miriam, is reunited with her daughter. As Awakenings unfolds each patient faces hurdles, setbacks, and hardship as they grapple with waking up. Especially Leonard, whose years of sleep have been squandered, costing him an opportunity to discover his true self and live a full life.

Previously adapted as a ballet by composer Tobias Picker, who has joined his partner Stollman to bring the opera to life, Awakenings’ powerful score marks the time as it frames the esoteric sterility of Beth Abraham Hospital with an atmospheric tone that touches on the themes of reflection, hope, jubilation, and melancholy.

This fresh presentation of Awakenings utilizes Allen Moyer’s harsh, Brutalist lighting and minimalist sets to emphasize the hollow bleakness of those who have been reawakened. His sets, along with Christoper Akerlind’s lighting, punctuates the guarded optimism and joy of act one while foreshadowing shadows a crushing second act.

The tension between Porter and David Pittsinger’s Dr. Podsnap is palpable. Charged with being the opera’s ‘bad guy” Pittsinger’s petty, jealous, and callous Doctor serves as the perfect foil for Porter’s determined Sachs.

Also shining in this robust world premiere is Susana Phillips as Rose and Adrienne Danrich as Miriam. Both artists deliver poignant portrayals of women whose time ‘asleep’ has cost them dearly. Awakenings also features two young artists to watch, Daniela Magura and Jared Esguerra. Playing Lucy and Frank respectively, their performances encapsulate the frustration of watching each progress and regress as the production unfurls.

Set from 1966 to the end of 1969, OTSL’s production of Awakenings emphasizes how the decades lost affect those who cruelly succumbed to the sleeping sickness. Drenched in emotional and physical paralysis, and mental anguish, this weighty opera pulls on heartstrings as it illustrates Sachs’ determination to help his patients recover, despite a system of bureaucracy that hinders his every move.

Awakenings runs through June 24th at the Loretto-Hilton Center on the campus of Webster University. Productions at Opera Theatre St. Louis are in English with musical accompaniment from The St. Louis Symphony Orchestra. For more information on programming or the 2020 season, visit opera-stl.org.