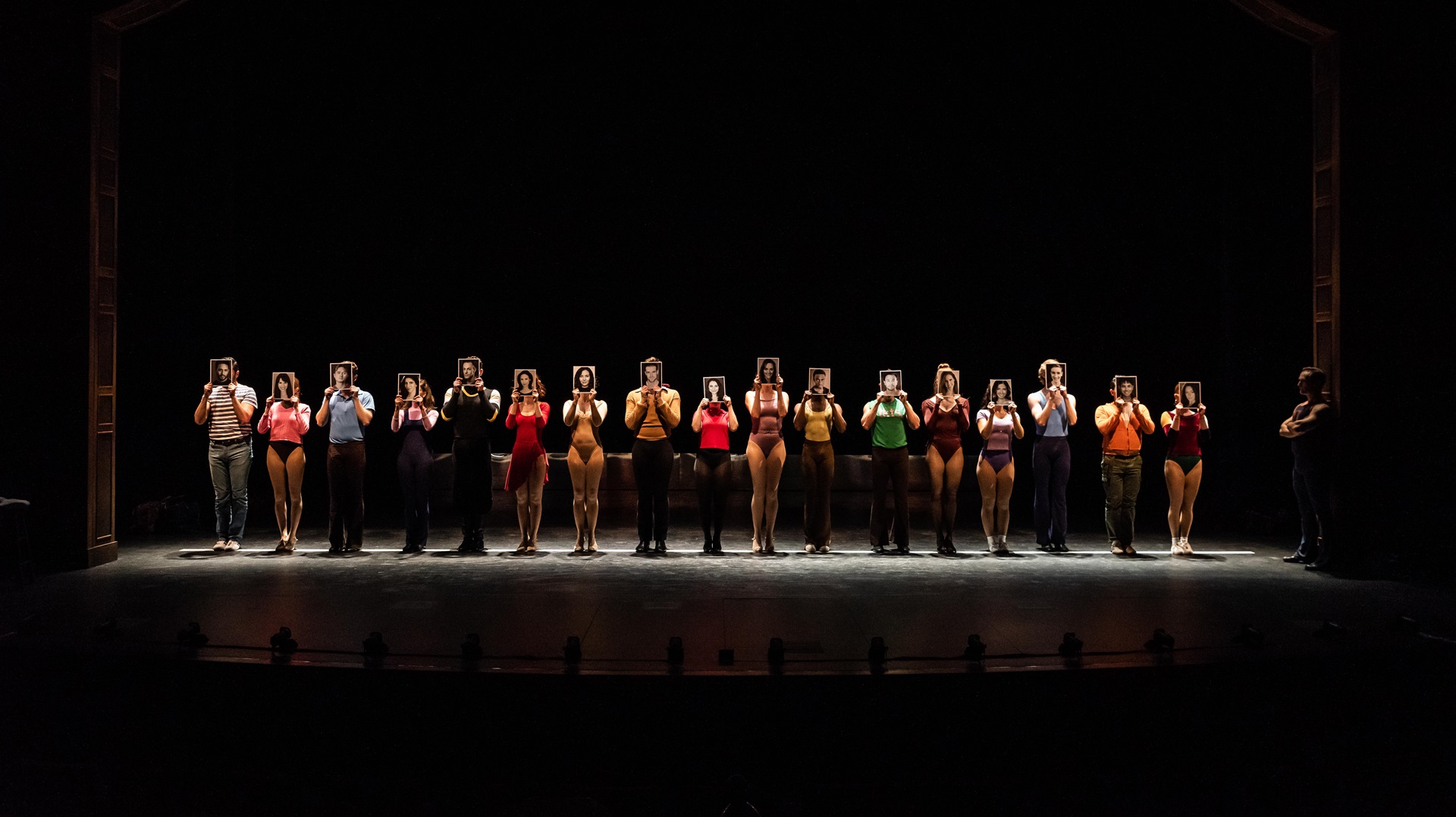 The audience of a Broadway musical sees only the final product – not the months of auditions, rehearsals, workshops, and everything else that leads the cast to be standing on-stage before them. That is unless they are seeing A CHORUS LINE, the 1975 musical developed and directed by Michael Bennett, with music by Marvin Hamlisch, lyrics by Edward Kleban, written by James Kirkwood Jr. and Nicholas Dante.

The show, currently closing out the 36th season of Stages St. Louis, offers a unique insight into the lives of performers auditioning for a Broadway musical. The writing and characters never cease to feel authentic – and that’s because they are. The musical was the brainchild of Michon Peacock and Tony Stevens, who enlisted Bennett to help them interview a group of Broadway dancers over several sessions in 1974 – their stories eventually turning into the Tony Award®-winning musical we know today. As we watch these characters come to life in spectacular fashion, we’re reminded that these talented individuals each have their own stories to tell after the curtains close.

In the story, acclaimed director/choreographer Zach (DANNY MCHUGH) is auditioning 24 dancers for his next Broadway show with the help of his assistant Larry (NIC THOMPSON). After a grueling series of dance combinations, he cuts the number down to 17 – including his old flame Cassie (LAURALYN MCCLELLAND), who is returning from several years away as a solo dancer. We follow the audition process, full of singing, dancing, and personal stories as we get to know each performer intimately.

In addition to the wonderful dance routines and songs, what makes the musical so unique is the insight into the lives of the characters. Because they are all based on real-life interview subjects, there is an undeniable truth to the writing. Some of the names were changed, and others are composites, but these are real stories – pulling at our heartstrings and adding a unique layer of depth to the show.

The cast is full of talented performers, with nary a weak-spot to be found when it comes to singing, dancing, or acting. Standout examples of these triple threats are Victor Carillo Tracey as Mike in “I Can Do That,” Emilee Hassanzadeh as Val in “Dance: Ten; Looks: Three,” and Megan Elyse Fulmer as Diana in “Nothing” as well as “What I Did for Love.”

Dana Winkle is terrific as Sheila, recounting her troubled childhood in “At the Ballet” with the help of impressive vocalists Kelsey Cheaney (Bebe) and Abby Church (Maggie). And Robbie Serrano has a great stage presence, while getting to show off his singing during “Mother.”

Balancing out the dramatic moments, there are plenty of laughs throughout the show. “Sing!” is a fantastic number performed by Ashley Klinger (Kristine) with the help of Daniel Scott Walton (Al), the two of them hilariously playing off of one another. Hayden Clifton (Greg) and Bryson Jacobi Jackson (Richie) are both terrific in “Gimme the Ball,” as are Ronan Ryan (Mark) and Sarah Chiu (Connie) in “Hello Twelve, Hello Thirteen, Hello Love.” Caleb James Grochalski is hilarious in “And…,” while Leah Hoffman gets lots of laughs throughout the evening as the quirky Judy.

McClelland has a wonderful routine, “The Music and the Mirror,” toward the end of the show. Her dramatic scenes with McHugh are also captivating, as the characters work through their troubled past.

Speaking of McHugh, he’s the connective tissue that holds the show together. Zach conducts his interviews during the audition, bringing these characters and their stories together. The actor does a great job taking the lead, coming across as a tough yet seasoned expert in his field.

Omar Garibay turns in a heartbreaking monologue as Paul, building up the courage to tell his story of self-discovery. The actor does a phenomenal job conveying the character’s vulnerability.

The set is minimalistic by design, where the performances are the real focus of the show. However there is an effective use of mirrors throughout – especially when it comes to McClelland’s aforementioned number. Choreographer Dena DiGiancinto makes wonderful use of the spacious stage, breathing new life into the movements which won the show a Tony back in 1976.

This is a fantastic opportunity to see the classic show, considered one of the great Broadway musicals, with a spectacular cast. Artistic Director Gayle Seay directs the production with an exciting vision, while staying true to the heart of the show that captivated audiences all those years ago. And while the show can be intense at times, I dare you not to have a huge smile on your face by the time the big dance number happens at the end.